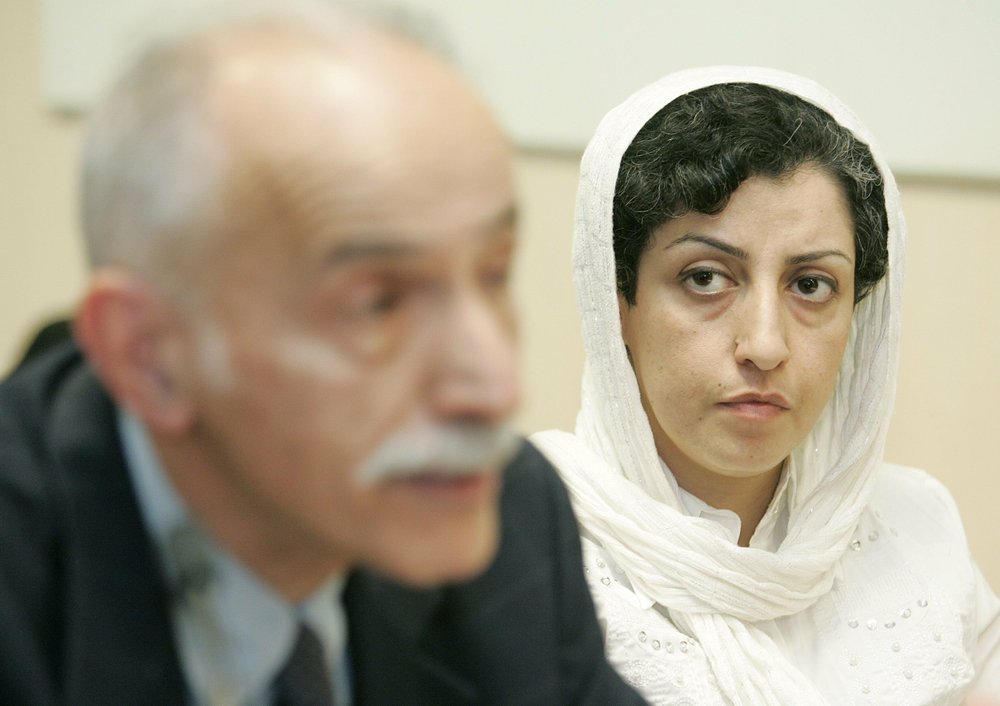 The semiofficial ISNA news agency quoted judiciary official Sadegh Niaraki as saying that Narges Mohammadi was freed late Wednesday after serving 8 1/2 years in prison. She was sentenced to 10 years in 2016 while already incarcerated.

Niaraki said Mohammadi was released based on a law that allows a prison sentence to be commutated if the related court agrees.

Mohammadi was sentenced in Tehran’s Revolutionary Court on charges including planning crimes to harm the security of Iran, spreading propaganda against the government and forming and managing an illegal group.

She was in a prison in the northwestern city of Zanjan, some 280 kilometers (174 miles) northwest of the capital Tehran.

Mohammadi was close to Iranian Nobel Peace Prize laureate Shirin Ebadi, who founded the banned Defenders of Human Rights Center. Ebadi left Iran after the disputed re-election of then-President Mahmoud Ahmadinejad in 2009, which touched off unprecedented protests and harsh crackdowns by authorities.

In 2018, Mohammadi, an engineer and physicist, was awarded the 2018 Andrei Sakharov Prize, which recognizes outstanding leadership or achievements of scientists in upholding human rights.

By the Associated Press

FILE – In this June 9, 2008 file photo, Iranian Narges Mohammadi, right, from the center for Human Rights Defenders, listens to Karim Lahidji, president of the Iranian league for the Defence of Human Rights, during a press conference on the Assessment of the Human Rights Situation in Iran, at the UN headquarters in Geneva, Switzerland. Iran released Mohammadi, a prominent human rights activist who campaigned against the death penalty, Iranian media reported Thursday, October 8, 2020. The semiofficial ISNA news agency quoted judiciary official Sadegh Niaraki as saying that Narges Mohammadi was freed late Wednesday after serving 8 1/2 years in prison. (AP Photo/Keystone/Magali Girardin, File)

US court: Iran owes $1.4B over ex-FBI agent presumed dead