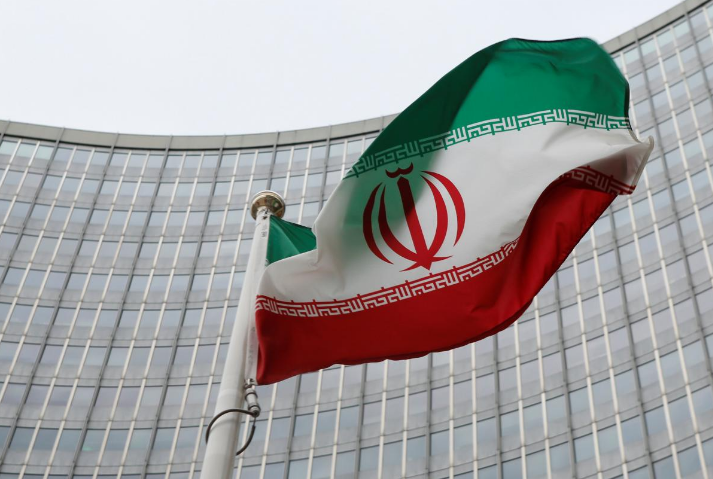 UNITED NATIONS (Reuters) – The remaining parties to the Iran nuclear deal on Monday agreed to keep working to maintain trade with Tehran despite skepticism this is possible as US sanctions to choke off Iranian oil sales resume in November.

US President Donald Trump decided in May to abandon the pact and to restore economic sanctions on Iran, including those that seek to force the OPEC member’s major oil customers to stop buying Iranian crude.

In a statement after a meeting of Britain, China, France, Germany, Russia and Iran, the group said they were determined to develop payment mechanisms to continue trade with Iran despite skepticism by many diplomats that this will be possible.

“Mindful of the urgency and the need for tangible results, the participants welcomed practical proposals to maintain and develop payment channels notably the initiative to establish a Special Purpose Vehicle (SPV) to facilitate payments related to Iran’s exports, including oil,” the group said in a joint statement issued after the statement.

Several European diplomats said the SPV idea was to create a barter system, similar to one used by the Soviet Union during the Cold War, to exchange Iranian oil for European goods without money changing hands.

The idea is to circumvent US sanctions due to be restored in November under which Washington can cut off from the US financial system any bank that facilitates an oil transaction with Iran.

Speaking to reporters after the meeting, European Union foreign policy chief Federica Mogherini said the decision to set up such a vehicle had already been taken and that technical experts would meet again to flesh out the details.

“In practical terms this will mean that EU member states will set up a legal entity to facilitate legitimate financial transactions with Iran and this will allow European companies to continue to trade with Iran in accordance with European Union law and could be open to other partners in the world,” she said.

Many diplomats and analysts, however, are skeptical such a vehicle could ultimately thwart US sanctions given that the United States could amend its sanctions laws to prohibit such barter transactions.

“The key is to keep all possibilities open so that we can signal to the Iranians that the door isn’t closing,” said a senior French diplomat.

The European Union, has so far failed to devise a workable legal framework to shield its companies from US sanctions that go into effect in November and that, among other things, seek to choke off Iran’s oil sales, diplomats said.

Highlighting how difficult it will be for the Europeans to come up with concrete solutions, French state-owned bank Bpifrance on Monday abandoned a plan to set up a financial mechanism to aid French firms trading with Iran.

The crux of the 2015 nuclear deal, negotiated over almost two years by the administration of former US President Barack Obama, was that Iran would restrain its nuclear program in return for the relaxation of sanctions that had crippled its economy.

Trump considered it flawed because it did not include curbs on Iran’s ballistic missiles program or its support for proxies in Syria, Yemen, Lebanon and Iraq.

The impending return of US sanctions has contributed to a slide in Iran’s currency. The rial has lost about two-thirds of its value this year, hitting a record low against the US dollar this month.