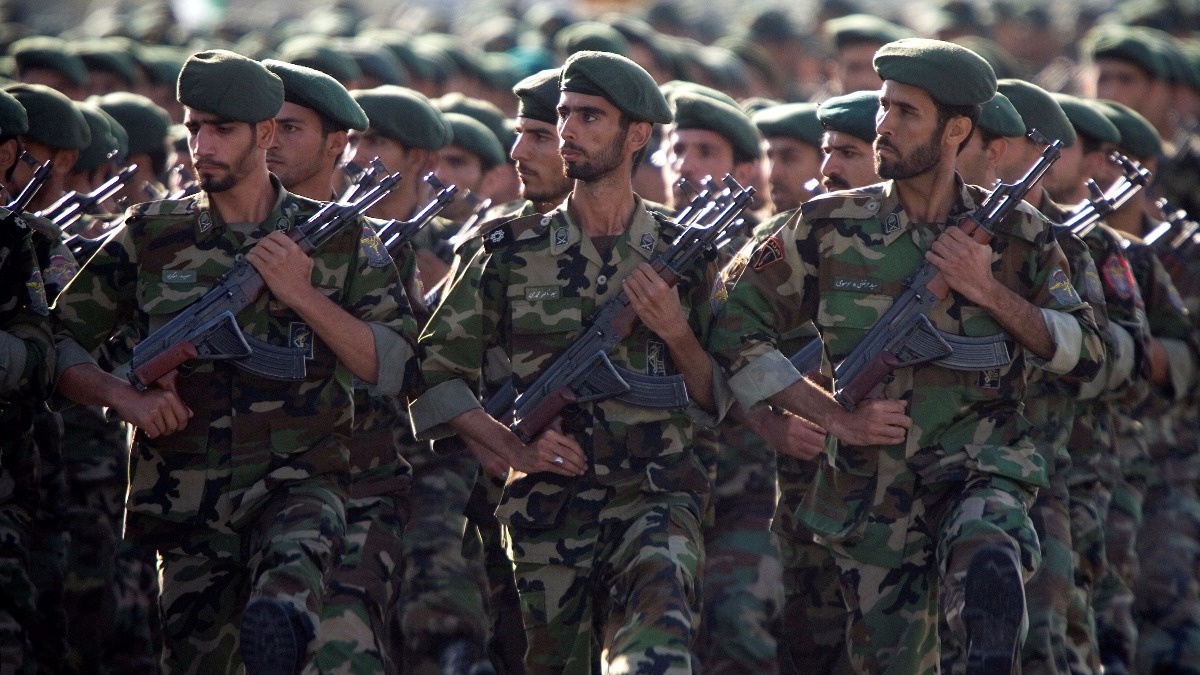 Iran’s Revolutionary Guards vowed on Sunday to wreak “deadly and unforgettable” vengeance for a shooting attack on a military parade that killed 25 people, including 12 of their comrades, and Tehran accused Gulf Arab states of backing the gunmen.

Saturday’s assault, one of the worst ever against the elite force of the Islamic Republic, struck a blow at its security establishment at a time when the United States and its Gulf allies are working to isolate Tehran.

“Considering (the Guards’) full knowledge about the centers of deployment of the criminal terrorists’ leaders…, they will face a deadly and unforgettable vengeance in the near future,” the Guards said in a statement carried by state media.

Four assailants fired on a viewing stand in the southwestern city of Ahvaz where Iranian officials had gathered to watch an annual event marking the start of the Islamic Republic’s 1980-88 war with Iraq. Soldiers crawled about as gunfire crackled. Women and children fled for their lives.

There has been a blizzard of furious statements from top Iranian officials blaming the United States and Gulf kingdoms for the bloodshed and threatening a tough response.

Senior Guards commanders have said the Ahvaz attack was carried out by militants trained by Gulf states and Israel and backed by America. But it is unlikely that they will strike any of these foes directly.

The commanders could present a show of strength by launching missiles at groups operating in Iraq or Syria that may be linked to the militants who carried out the attack.

They are also likely to enforce a tight security policy in Khuzestan province, arresting any perceived domestic opponents including civil rights activists.

Rouhani engineered Iran’s 2015 nuclear deal with world powers that ushered in a cautious detente with Washington before tensions flared anew with President Donald Trump’s decision to pull out of the accord and reimpose sanctions on Tehran.

The attack on the military parade is likely to give security hardliners like the Guards more political ammunition because they did not endorse the pragmatist Rouhani’s pursuit of the nuclear deal with the West, analysts say.

In New York, Trump’s personal lawyer Rudy Giuliani said on Saturday US sanctions were bringing economic pain to Iran that could lead to a “successful revolution”. The Trump administration has said that changing Iran’s system of government is not US policy.

Shi’ite Iran is at odds with Western-allied Sunni Muslim Saudi Arabia for predominance in the Middle East.

The regional superpowers support opposing sides in the civil wars in Yemen and Syria as well as rival political groups in Iraq and Lebanon. The Guards are entrenched in those countries to defend Iranian interests.

Iran’s Foreign Ministry summoned the United Arab Emirates’ charge d’affaires on Sunday over comments made about the bloody fusillade at the military parade.

State-run PressTV said the action was taken over comments by an unnamed UAE official, without giving details.

There was no immediate comment from Saudi Arabia on Rouhani’s allegations. Saudi Arabia and the United Arab Emirates say that Iran poses a security threat to the Middle East and tries to dominate the region.

Iran denies the accusations and calls for regional states to guarantee the oil-producing region’s security without the interference of the United States and other Western powers.

The Gulf Arab state of Qatar, a rival of US allies Saudi Arabia and the UAE, condemned the assault on the military parade, which wounded at least 70 people.