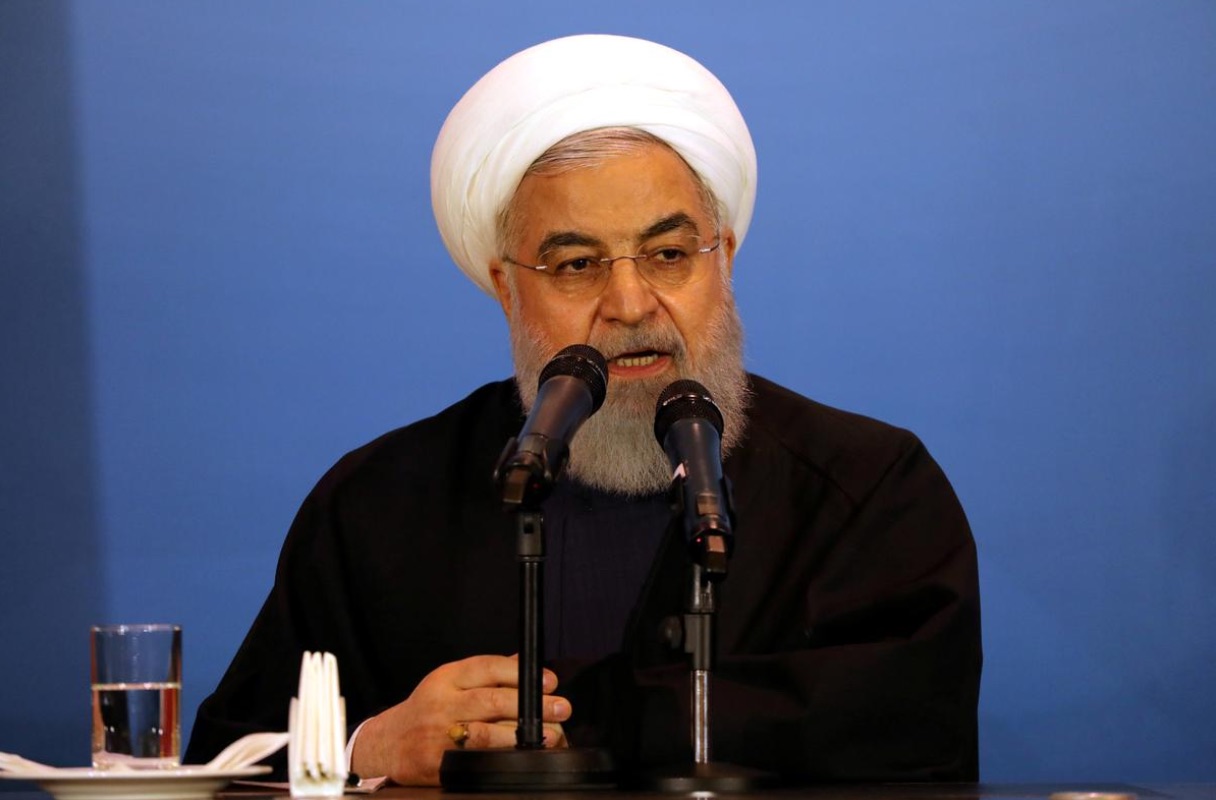 DUBAI (Reuters) — Iran would be open to talks with the United States if Washington apologizes for exiting a 2015 nuclear deal and compensates Tehran, Iranian President Hassan Rouhani said on Wednesday, cautioning that US calls for discussions were insincere.

The confrontation between arch foes Tehran and Washington has worsened since 2018, when US President Donald Trump withdrew from Iran’s 2015 nuclear deal with major powers and reimposed sanctions that have crippled Iran’s economy.

Iran has refused to hold any talks with the United States, which is trying to force Tehran to negotiate a new deal, unless Washington lifts sanctions on Tehran and returns to the original agreement.

In a tweet in early June, Trump repeated Washington’s call for a new deal with Tehran aimed at putting stricter limits on Tehran’s nuclear work, curbs its ballistic missile program and ends its decades of regional proxy wars.

“We have no problem with talks with the US, but only if Washington fulfills its obligations under the nuclear deal, apologies and compensates Tehran for its withdrawal from the 2015 deal,” Rouhani said in a televised speech.

“But we know these calls for talks with Tehran are just words and lies,” he added.

In retaliation for Washington’s ‘maximum pressure’ policy, Iran has gradually scaled back its nuclear commitments, a process Tehran says is reversible if the European parties to the pact carry out their promises to shield Iran’s economy from US penalties.

“The Europeans have failed to fulfill their promises. They should carry out their obligations,” Rouhani said.

Rouhani also blasted a resolution by the UN nuclear watchdog passed on Friday that called on Iran to stop denying the agency access to two suspected former sites and to cooperate fully with it.

“Iran is ready to cooperate with the [International Atomic Energy Agency] IAEA under law,” he said.

Iran’s currency reaches lowest value ever against the dollar