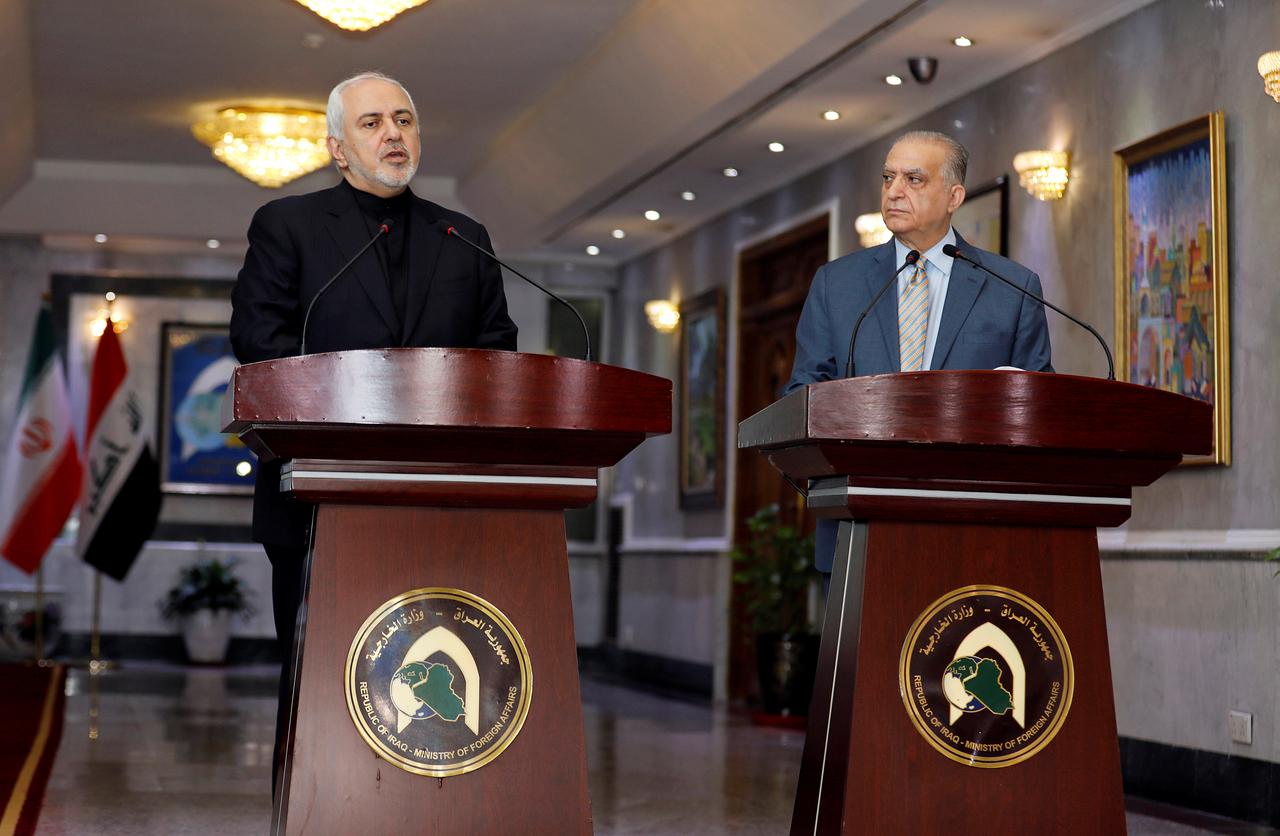 BAGHDAD (Reuters) – Iran will defend itself against any military or economic aggression, Foreign Minister Mohammad Javad Zarif said on Sunday, calling on European states to do more to preserve a nuclear agreement his country signed.

Speaking in a news conference in Baghdad with his Iraqi counterpart Mohammed al-Hakim, Zarif said his country wanted to build balanced relations with its Gulf Arab neighbors and that it had proposed signing a non-aggression pact with them.

“We will defend against any war efforts against Iran, whether it be an economic war or a military one, and we will face these efforts with strength,” he said.

Strains have increased between Iran and the United States, which is a firm backer of Tehran’s regional rival Saudi Arabia, after this month’s attack on oil tankers in the Gulf region that Washington has blamed on Iran.

Tehran has distanced itself from the bombings, but the United States has sent an aircraft carrier and an extra 1,500 troops to the Gulf, sparking concerns about the risks of conflict in a volatile region.

Iraq stands with Iran and is willing to act as an intermediary between its neighbor and the United States, Hakim said, adding that Baghdad does not believe an “economic blockade” is fruitful, a reference to US sanctions.

“We are saying very clearly and honestly that we oppose the unilateral actions taken by the United States. We stand with the Islamic Republic of Iran in its position,” said Hakim. The United States and Iran are Iraq’s two main allies.

Washington has been seeking to tighten sanctions against Iran, as relations worsen under President Donald Trump, who last year pulled out of a nuclear agreement his predecessor Barack Obama had signed with Iran alongside other world powers in 2015.

A referendum over the controversial nuclear programme could give Iran’s leaders space to maneuver and a chance to resolve the standoff with the United States.

Top Iranian leaders have said they are not seeking war with the United States and officials speaking to Reuters from Tehran said last week that despite the sharpened rhetoric with Washington, authorities are trying to avoid an open conflict.

“Article 59 of the Constitution (referendum ) is a deadlock breaker … and could be a problem-solver at any junction,” the semi-official news agency ILNA quoted Rouhani as saying late on Saturday.

Rouhani said that, when he was a top nuclear negotiator in 2004, he had proposed holding a referendum on the nuclear issue to Supreme Leader Ayatollah Ali Khamenei.

Iran has only held three referendums since its 1979 Islamic revolution — to approve the setting up of an Islamic Republic and then to approve and amend the constitution.

Washington says it has built up the US military presence in the region, accusing Tehran of threats to US troops and interests. Tehran has described US moves as “psychological warfare” and a “political game”.

Separately, a deputy commander of Iran’s elite Revolutionary Guards said the US military presence in the Middle East was at its “weakest in history” despite the talk of a build-up.