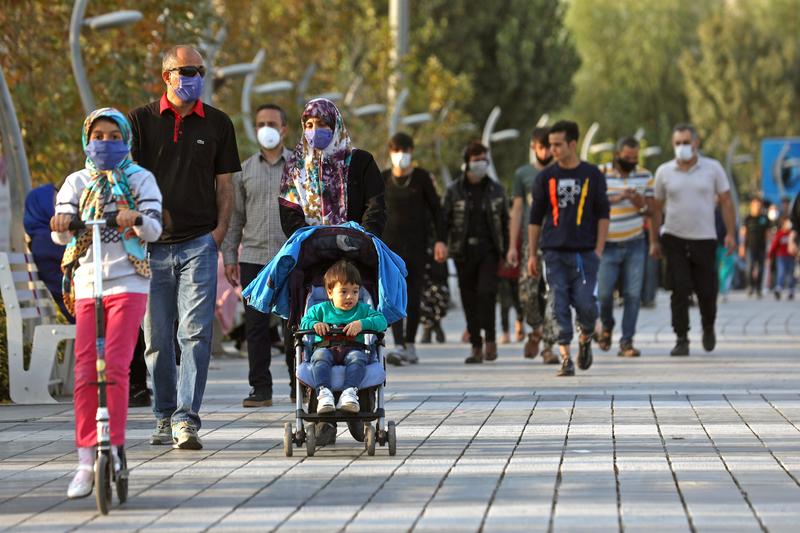 DUBAI (Reuters) – Iran’s daily tally of coronavirus deaths hit a record high of 434 on Sunday, the health ministry announced, and the head of a top medical body said the actual toll was at least three times higher than the official count.

The deaths, announced by Health Ministry spokeswoman Sima Sadat Lari on state TV, take the official toll to 35,298 in the Middle East’s worst-hit country. She said the number of confirmed coronavirus cases increased by 7,719 to 620,491.

The head of Iran’s Medical Council, Mohammadreza Zafarghandi, doubted the accuracy of the official toll and warned that Iran had reached a “catastrophic mortality rate”, the Students News Agency ISNA reported on Sunday.

The medical council is a non-governmental organization that is responsible for licensing doctors in Iran.

“Thousands of our health workers were infected with the virus and according to our statistics, 300 of them had died,” Zafarghandi said.

A report by the Iranian parliament’s research center in April suggested that the coronavirus toll might be almost twice as high as announced by the health ministry.

To stem a third wave of the virus in Iran, the government has shut schools, universities and mosques in most of the country. Measures are tighter in the capital, where weddings, funerals and conferences are also banned.

President Hassan Rouhani said on Saturday that new measures, including some restrictions on movement, will take effect on Wednesday in 25 of Iran’s 31 provinces for 10 days.

Over 3 million cases of coronavirus reported in Mideast