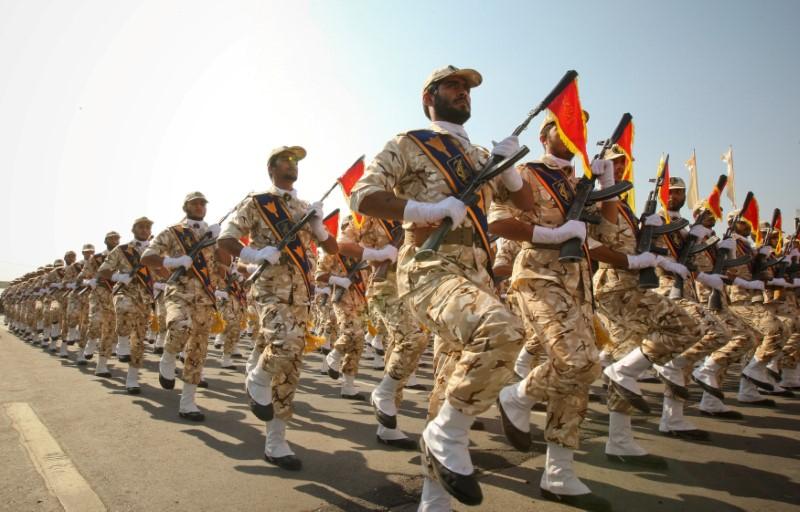 Iran’s Revolutionary Guards confirmed on Sunday it had held war games in the Gulf over the past several days, saying they were aimed at “confronting possible threats” by enemies, the state news state news agency IRNA reported.

US officials told Reuters on Thursday that the United States believed Iran had started carrying out naval exercises in the Gulf, apparently moving up the timing of annual drills amid heightened tensions with Washington.

“This exercise was conducted with the aim of controlling and safeguarding the safety of the international waterway and within the framework of the program of the Guards’ annual military exercises,” Guards spokesman Ramezan Sharif said, according to IRNA.

The US military’s Central Command on Wednesday confirmed it has seen increased Iranian naval activity. The activity extended to the Strait of Hormuz, a strategic waterway for oil shipments the Revolutionary Guards have threatened to block.

Guards commander Mohammad Ali Jafari “expressed satisfaction over the successful conduct of the Guards naval exercise, emphasizing the need to maintain and enhance defense readiness and the security of the Gulf and the Strait of Hormuz and to confront threats and potential adventurous acts of enemies,” IRNA quoted Sharif as saying.

One US official, speaking on condition of anonymity, said possibly more than 100 vessels were involved in the drills, including small boats.

US officials, speaking to Reuters on condition of anonymity, said the drills appeared designed to send a message to Washington, which is intensifying its economic and diplomatic pressure on Tehran but so far stopping short of using the US military to more aggressively counter Iran and its proxies.

Iran has been furious over US President Donald Trump’s decision to pull out of an international agreement on Iran’s nuclear program and re-impose sanctions on Tehran. Senior Iranian officials have warned the country would not easily yield to a renewed US campaign to strangle Iran’s vital oil exports.

But Iran did not appear interested in drawing attention to the drills. Iranian authorities had not commented on them earlier and several officials contacted by Reuters this week had declined to comment.