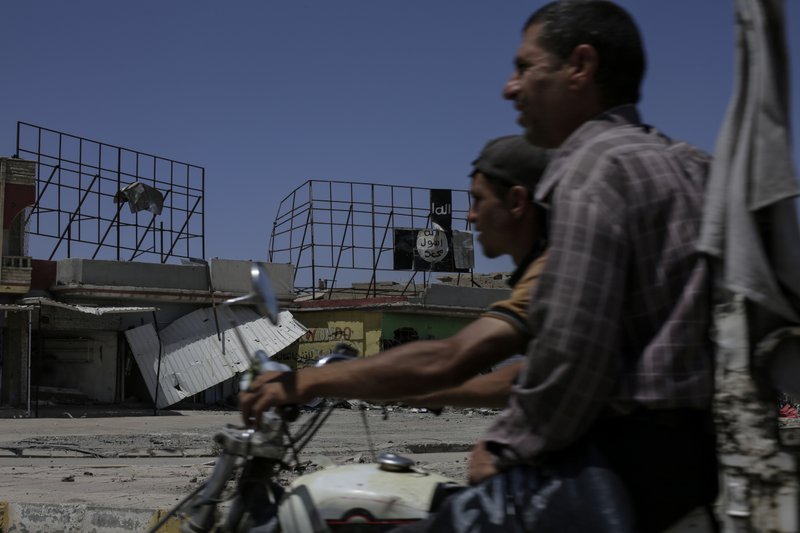 The explosives-laden car went off at the wholesale Jamila market in Baghdad’s Shia district of Sadr City, a police officer said. The explosion also wounded 25 other people, he added, saying the death toll was expected to rise further.

A medical official confirmed the casualty figures. Both officials spoke on condition of anonymity as they aren’t authorized to talk to journalists.

A plume of thick black smoke was billowing from the area and people were running away in panic. At the site, twisted metal and shards of glass littered the pavement, along with vegetables and other goods sold at the market.

At least one soldier was seen being evacuated from the scene, which was sealed off by security forces.

The bombing came as US-backed Iraqi forces are in final stages of recapturing the northern town of Tal Afar from IS, about 150 kilometers (93 miles) from Syria’s border.

On Sunday, Iraqi military said it had “fully liberated” Tal Afar’s town center from IS militants. On Monday, the troops fought at the outskirts of al-Ayadia district, about 10 kilometers (6 miles) northwest of Tal Afar, where most of the militants fled.

Tal Afar was one of the few remaining towns in Iraq still in IS hands following the liberation of Mosul in July from the Islamic State group. The Sunni militant group still controls the northern town of Hawija, as well as Qaim, Rawa and Ana, in western Iraq near the Syrian border.

In the Persian Gulf, Iran’s drones pose rising threat to US