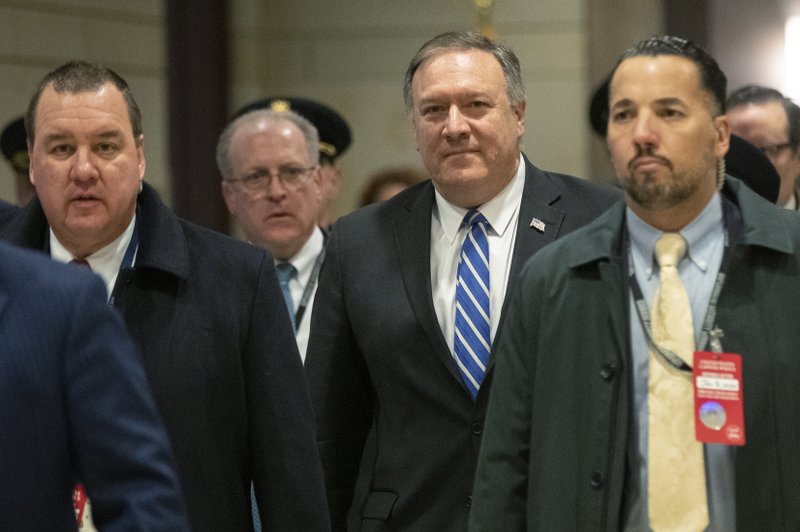 BAGHDAD (AP) — Iraqi Prime Minister Adil Abdul Mahdi has told the U.S. secretary of state to send a delegation to Iraq tasked with formulating the mechanism for the withdrawal of U.S troops from Iraq, according to a statement released Friday.

The statement, from the office of the Iraqi caretaker prime minister, said the request came in a telephone call between Abdul Mahdi and U.S. Secretary of State Mike Pompeo on Thursday night. It says Pompeo called the Iraqi premier.

Abdul Mahdi’s comments to Pompeo suggests he was standing by his previous statements that U.S troops should leave Iraq despite recent signals toward de-escalation between Tehran and Washington following the tit-for-tat attacks that brought Iraq to the brink of a proxy war.

Tensions eased on Wednesday when President Donald Trump signaled that Washington was stepping away from escalation.

The Iraqi prime minister said his country rejects all violations against its sovereignty, including the barrage of ballistic missiles that Iranian forces fired targeting against U.S. troops in Iraq and also America’s violation of Iraq’s airspace in the airstrike that killed a top Iranian general last week.

The Iraqi leader asked Pompeo to “send delegates to Iraq to prepare a mechanism to carry out the parliament’s resolution regarding the withdrawal of foreign troops from Iraq,” the statement said.

“The prime minister said American forces had entered Iraq and drones are flying in its airspace without permission from Iraqi authorities and this was a violation of the bilateral agreements,” the statement added.

Top American military officials including Gen. Mark Milley, chairman of the Joint Chiefs of Staff, and U.S. Defense Secretary Mark Esper have said there were no plans for the U.S. to withdraw from Iraq.

The latest escalation was set off when a rocket attack blamed on the Iranian-backed militia group Kataeb Hezbollah, or Hezbollah Brigades, caused the death of an American contractor at a base in Kirkuk province. The U.S. replied with a barrage of strikes on the militia’s bases, killing at least 25 people.

Iraqi MPs to meet on US troop ouster after Soleimani killing