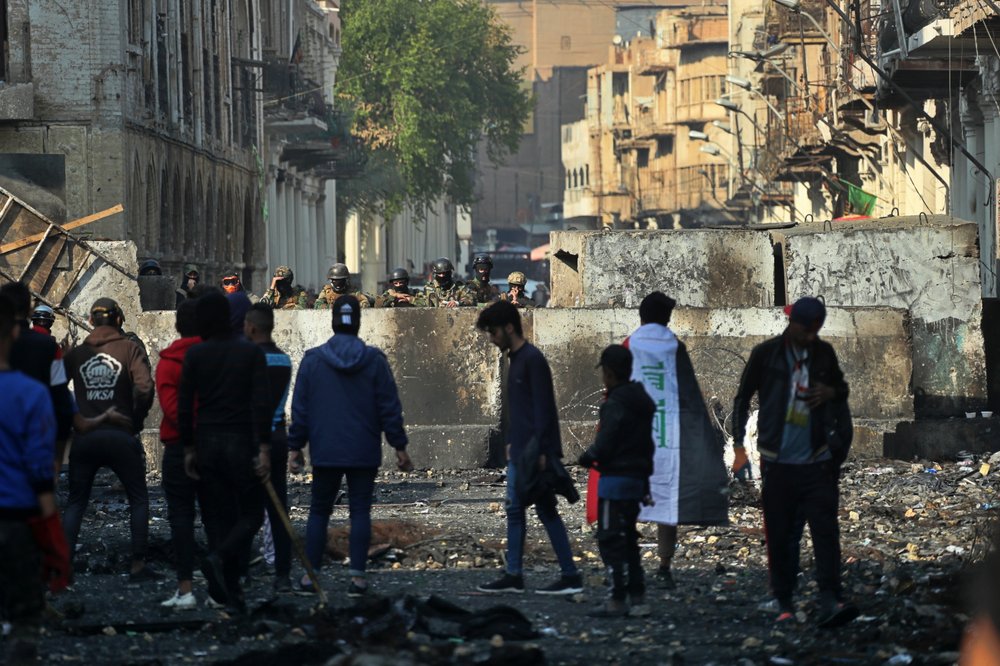 BAGHDAD (AP) — Thousands of protesters poured into the streets of Baghdad and Iraq’s southern provinces on Sunday, rejecting the nomination of what some call an Iran-backed candidate for the prime minister’s post. The demonstrations came ahead of a looming midnight deadline for naming an interim prime minister, but without a solution being reached.

Iraq’s leaderless uprising has roiled the country since Oct. 1, and at least 400 people have been killed since. Thousands of protesters have taken to the streets in Baghdad and the predominantly Shia south. They’re decrying corruption, poor services and a lack of jobs, while also calling for an end to the political system that was imposed after the 2003 US invasion.

On Friday, al-Sistani, in his weekly sermon delivered by a representative, called for political blocs to form the government quickly. The Iran-born al-Sistani said that the new prime minister should be accepted by the public.

Iraq’s constitution requires parliament’s largest bloc to name a candidate for the premiership within 15 days of accepting the prime minister’s resignation. That deadline expired last Thursday, but was extended until midnight Sunday.

The political deadlock has been worsened by a dispute over which bloc is actually the largest in parliament. The numbers have continued to change since last year’s elections, with an unknown number of lawmakers leaving some blocs and joining others.

The Federal Supreme Court provided guidance in a statement Saturday, but stopped short of naming the largest bloc.

It said the decision should be based on parliament’s first session after taking office last year. But the court also said it would accept if two or more lists had merged to become the largest bloc in that session.

Two Iraqi officials said President Barham Saleh sent the court’s response to parliament, asking the legislature to say which is the largest bloc. The officials spoke on condition of anonymity in line with regulations.

Al-Suheil was nominated for prime minister by Fatah and their allies.