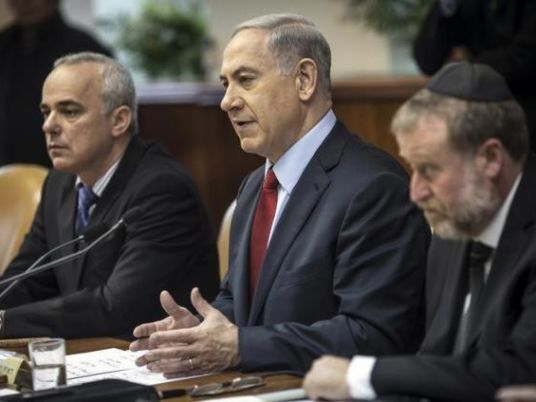 Israel arrested nine Druze Arabs on Wednesday over two attacks, one of them fatal, on ambulances bringing casualties from Syria's civil war to Israeli hospitals, security sources said on Wednesday.
Monday's attacks in northern Israel and the Israeli-annexed Golan Heights drew strong censure from Prime Minister Benjamin Netanyahu, whose government is trying to prevent a spillover of sectarianism from Syria while offering limited humanitarian aid.
Inflamed by media reports suggesting some of the hundreds of wounded Syrians who have been admitted to Israel for medical care belong to jihadi rebel groups fighting the Druze in Syria, the crowds of Druze blocked two army ambulances for inspection.
One ambulance managed to escape with crew and patients unharmed. In the other, a Syrian casualty was killed and another seriously wounded in what Israeli officials described as a lynching. Two troops accompanying them were also injured.
Radical Islamists see the Druze, whose religion is an offshoot of Islam, as apostates to be combated. Druze in Syria and many in the Golan Heights, which Israel captured from Syria in 1967, have long been loyal to President Bashar al-Assad.
Damascus's official news agency SANA on Tuesday described those behind the lethal ambulance attack as "heroic Syrian young men" and alleged they had targeted wounded insurgents from the al Qaeda-linked Nusra Front.
Israel's stated policy is to offer medical treatment to Syrians regardless of possible affiliation to armed groups.
Druze communal and spiritual leaders from Israel and the Golan mobilized to stem further flare-ups, issuing an edict on Tuesday warning any Druze engaging in such violence that they risked ostracism from the close-knit sect.
Israeli security sources said nine suspects were arrested on Wednesday in connection with the ambulance attacks. A police spokeswoman said the arrests took place within the Druze communities in Israel and the Golan.
A probe was also under way as to whether information about the ambulances was leaked to the protesters from troops handling casualty transfers on the Golan boundary, Israeli media said.
The Druze are an important minority in Israel and have influence in the government and military.
Netanyahu's office said he would convene Druze leaders on Wednesday and urge them "to tell every Druze citizen of Israel to respect soldiers" and not commit unlawful acts.
Israel has also signaled it would intervene to prevent a massacre of Syrian Druze, with local media suggesting it might offer refugees from the community safe haven on the Golan.