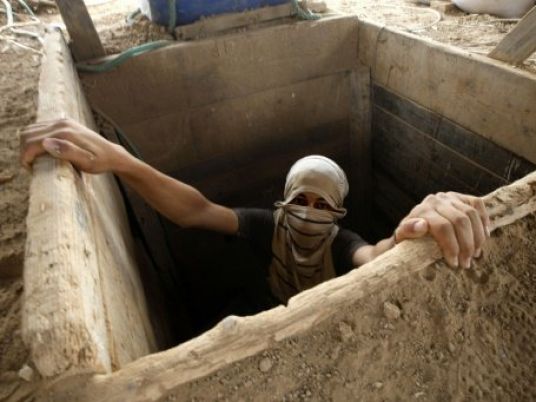 Israeli aircraft hit two Hamas targets in Gaza early Saturday in response to rocket fire, the Israeli mlitary said, as the worst flare-up of violence since a 2014 war entered a fourth day.

There was no immediate claim of responsibility for the rocket launch and most such fire since 2014 has been carried out by fringe Islamist groups that are not under its control, but Israel holds Hamas responsible for all such attacks.

"Earlier today [Saturday] … a rocket was fired from the Gaza Strip at southern Israel," the Israeli army said in a statement.

But witnesses said two missiles hit a base of Hamas's military wing east of the city, causing significant damage.

It was the fourth day of the worst violence across the border since the 50-day war between Israel and Hamas which left 2,251 Palestinians and 73 Israelis dead in 2014.

Mortar fire by Palestinian militants, and Israeli air strikes and shelling have raised concerns for the future of an informal truce that has held since the conflict ended.

An Israeli tank round killed a Palestinian woman when it hit her home east of Khan Yunis on Thursday.

Since Wednesday, Hamas and other militant groups have fired at least 12 mortar rounds at Israeli forces searching along the border and short distances inside Gaza for infiltration tunnels leading into Israel.

Such tunnels were among the most feared weapons of Hamas fighters during the 2014 conflict and one was uncovered by the army on Thursday.

Hamas's Gaza leader, Ismail Haniya, said on Friday that the group was "not calling for a new war", but would not accept Israeli incursions into Palestinian territory.