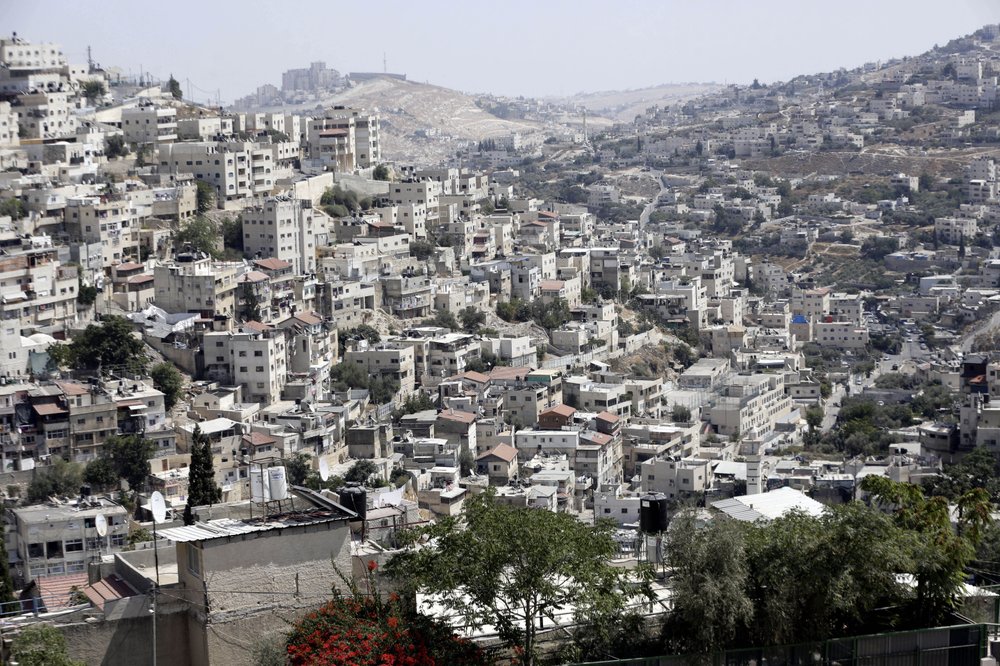 UNITED NATIONS (AP) — The U.N. Mideast envoy said on Wednesday that Israel advanced or approved plans for over 22,000 housing units in West Bank settlements and east Jerusalem in the three years since the Security Council adopted a resolution condemning settlements in lands the Palestinians want for their future state.

Nickolay Mladenov told the Security Council that in addition, Israel issued tenders for some 8,000 housing units since the December 2016 resolution, which also declared that the settlements have “no legal validity.”

He said the numbers “should be of serious concern to all those who continue to support the establishment of an independent and viable Palestinian state alongside Israel.”

U.N. Secretary-General Antonio Guterres said in a report to the council circulated on Wednesday that the settlements have “no legal effect.” He declared that construction and approvals “must cease immediately and completely.”

“The existence and expansion of settlements fuel resentment and hopelessness among the Palestinian population and significantly heighten Israeli-Palestinian tensions,” the U.N. chief said. “In addition, they continue to undermine the prospects for ending the (Israeli) occupation and achieving the two-state solution by systematically eroding the possibility of establishing a contiguous and viable Palestinian state.”

Guterres said he regrets the Trump administration’s announcement on Nov. 18 that it no longer views “the establishment of Israeli civilian settlements in the West Bank” as “per se, inconsistent with international law.”

Mladenov was reporting to the council on implementation of the 2016 resolution.

The resolution was approved by the council when the United States, in the final weeks of the Obama administration, abstained rather than using its veto to support longtime ally Israel as it had done many times previously.

“It is one-sided. It is unfairly critical of Israel,” she said. “And had I been the ambassador at the time of the vote on the resolution, I would have vetoed it.”

Palestinian Ambassador Riyad Mansour said two words can summarize the reality for Palestinians: “confinement” in Gaza and the West Bank and “expansion” for Israeli settlements.

In Area C, which represents 60% of the West Bank and is under exclusive Israeli control and home to dozens of Israeli settlements, only 1% of land has been planned for Palestinian development, Mansour said. In east Jerusalem, which the Palestinians want as the capital of their future state, only 13% is zoned for Palestinian construction, he said.

Mladenov said Israel had taken no steps to “cease all settlement activities” and its demolitions and seizures of Palestinian-owned structures also continued.

He warned that “the Israeli-Palestinian conflict is in a fragile phase with the occupation deepening, political uncertainty prevailing, and volatile regional dynamics threatening to further destabilize the situation.”

Without the commitment of Israel, the Palestinians and the international community “to pursue concrete measures that will lead to genuine political progress, the situation will continue to worsen,” the U.N. envoy said.

On a positive note, he welcomed discussions on holding Palestinian legislative and presidential elections in 2020, which would be the first since 2006. “The international community should support this process,” he said.