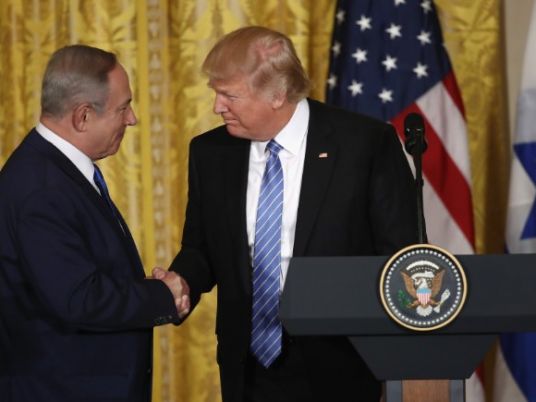 Israel on Sunday authorized a few economic concessions to the Palestinians requested by President Donald Trump, hours before the US leader begins a visit in which he hopes to revive peace talks frozen since 2014.

As well as the concessions, Prime Minister Benjamin Netanyahu’s Security Cabinet – a forum of senior ministers – voted to establish a committee to examine legalizing outposts built without formal approval in the occupied West Bank.

“The security cabinet has approved economic measures that will ease daily civilian life in the Palestinian Authority after [Trump] who arrives tomorrow, asked to see some confidence building steps,” the cabinet statement said.

Trump arrives in Israel on Monday and will meet Netanyahu. On Tuesday, he will go briefly to the West Bank to see Palestinian President Mahmoud Abbas and will later speak in Jerusalem before heading to Rome and then Brussels.

“These are concessions ahead of Trump’s visit that do not harm Israel’s interests,” an Israeli diplomatic source said.

The concessions include the building of two industrial zones at Jalameh in the northern West Bank and Tarqumiyeh in the south and would keep the Allenby Bridge crossing that connects the West Bank and Jordan open 24 hours a day.

It said it would also ease restrictions on Palestinian construction in areas where it retains overall control at places that abut Palestinian urban areas.

Among the main bones of contention between Israelis and Palestinians are Netanyahu’s insistence that the Palestinians recognize Israel as the nation state of the Jewish people and the Palestinians calling for a halt to Israeli settlement building in the West Bank.

The committee to examine legalizing Israeli outposts would work for three years, although its exact mandate was still to be defined, the statement said. Over decades, settlers have built scores of hilltop outposts without receiving government approval.

Most countries consider all Israeli settlements, including those built with official sanction, to be illegal. Israel disagrees, citing historical and political links to the land – which the Palestinians also assert – as well as security interests.

The Palestinians want to establish a state in the West Bank and in the Gaza Strip, which Israeli forces and settlers left in 2005, with East Jerusalem as its capital.

Trump began his first international trip since taking office in January with a visit to Saudi Arabia on Saturday. The trip has been billed as a chance to visit places sacred to three of the world’s major religions.

Writing by Ori Lewis in Jerusalem; Editing by Peter Cooney