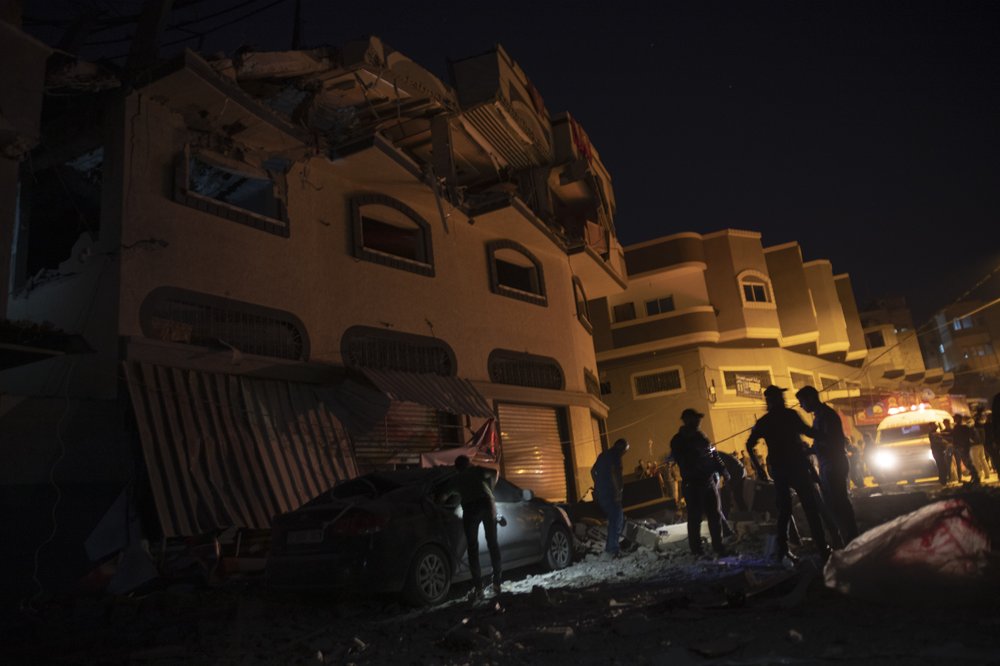 The Israeli military said the targets of the multiple airstrikes in the southern Gaza Strip included a weapons manufacturing facility. There were no reports of injuries.

“If someone in Gaza thinks that he can raise his head after Operation Black Belt, he is sorely mistaken,” Netanyahu said in a statement, referring to two days of intense fighting between Israeli forces and Palestinian militants two weeks ago that was the worst such cross-border conflict in months.

Late on Tuesday, the Israeli military had said it identified two projectiles fired from the Gaza Strip, with missile defenses intercepting one.

The rockets attack was the second incident this week, and rattled the shaky ceasefire brokered by Egypt and the U.N. earlier this month that ended the latest round of fighting with Palestinian militants.

The flare-up was triggered when Israel killed a senior Islamic Jihad commander in Gaza. The militant group launched hundreds of rockets at Israel in response. Israeli retaliatory strikes killed at least 34 Palestinians, including 16 civilians.

Unofficial ceasefires have led to months of calm between Israel and Hamas, which has ruled Gaza since 2007.