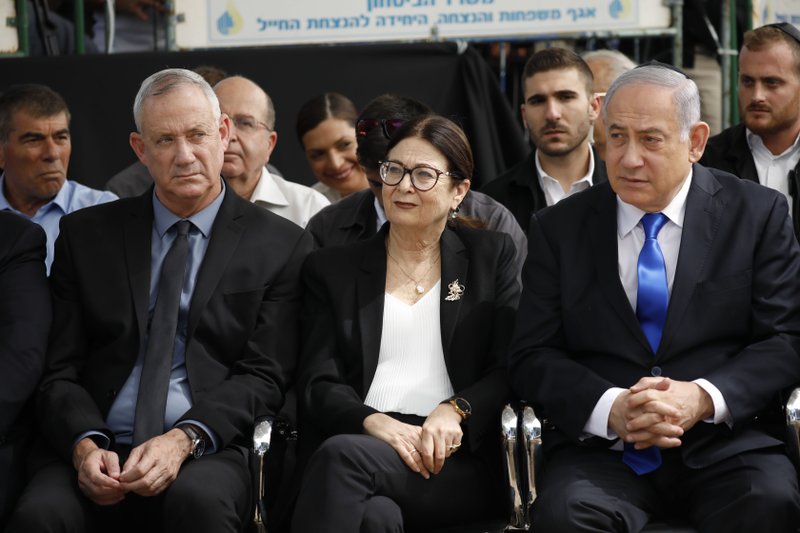 The reports say Gantz is not a suspect in the affair. But the development comes less than two weeks before national elections and during a campaign by Gantz’ Blue and White party that has tried to focus attention on Prime Minister Benjamin Netanyahu’s indictment for corruption charges.

“It all sounds like political pressure to get this thing on the public’s agenda,” Gantz told Israeli Army Radio. “I am totally at ease. This was checked in the past and no criminal suspicion was found.”

Israel holds elections on March 2, the third vote in less than a year after two elections in 2019 ended inconclusively, with neither Netanyahu or Gantz able to forge a 61-seat majority government. Pre-election surveys have predicted similar results in next month’s vote, potentially extending the deadlock.

It’s not clear if the reports over the affair will move the needle in any way. The months leading up to the campaign have been marked by other bombshells, including the unveiling of President Donald Trump’s Mideast plan and the setting of a date for the beginning of Netanyahu’s corruption trial, which have not dramatically affected opinion polls.

But it is an embarrassment for Gantz, a former military chief, who has made ousting Netanyahu his main message and has tried to present a squeaky clean image in the face of the long-serving leader’s graft charges.

After leaving the military, Gantz headed the Fifth Dimension, a cybersecurity company that entered talks with Israeli police over the sale of its product. According to Israel’s state prosecutor, police may have violated acquisition laws by forgoing a tender in its dealings with the company.

Israel’s Justice Ministry declined to comment on the reports.

Netanyahu was charged last year with bribery, breach of trust and fraud in three cases in which he is accused of receiving lavish gifts from billionaire friends and of exchanging regulatory favors with media moguls for more palatable media coverage of him and his family.

Netanyahu denies wrongdoing and claims the charges have been trumped up by a hostile justice system, police and media out to get him.