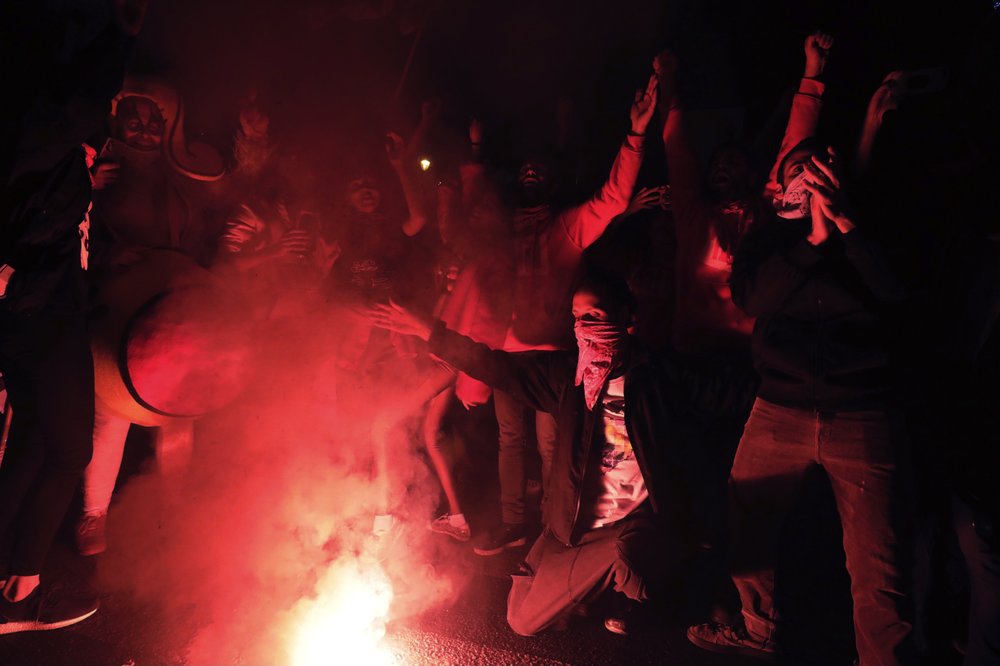 JERUSALEM (AP) — A few thousand Israelis protested on Saturday against Prime Minister Benjamin Netanyahu, demanding that he resign in the face of corruption charges and the pandemic.

Some 2,000 people demonstrated outside Netanyahu’s official residence in Jerusalem. The size of the crowds has shrunk in recent weeks with the arrival of wintry weather.

Protesters held signs reading “Go” and “Everyone is equal under the law.” They also carried an inflatable submarine, alluding to a $2 billion purchase of German submarines that critics allege Netanyahu was implicated in.

The protesters say Netanyahu must resign because of the corruption charges against him, saying he has lost the public’s trust and can’t properly manage the country under charges of fraud, breach of trust and accepting bribes. Netanyahu denies wrongdoing on all charges, which revolve around a series of scandals involving media moguls and billionaire associates. His trial is set to begin evidentiary hearings early next year.

The protests have been a nuisance for Netanyahu, who has seen his popularity plummet during the coronavirus outbreak, with Israel on the verge of what may be a third national lockdown with cases again trending upward. With Israel appearing to be headed toward its fourth national election in two years, the long-serving Netanyahu may be banking on recently arrived vaccines to give him a boost in the polls.

Opinion polls show that if the election were held today his Likud Party would emerge as the largest in parliament. But it would be weaker than today and challenged by a new party set to enter the fray that is led by a former Likud lawmaker calling for Netanyahu’s rule to end.

UAE gets Israeli visa exemptions, a first for Arab world