Facebook Twitter LinkedIn
Can poverty, ignorance, impaired democratic change and spiritual emptiness produce groups that rape children, enslave women and behead those of a different religion?
Some say they can or it is possible. But wrong questions breed wrong answers. Therefore, I will not use this space to answer questions like the following:
Why do educated Europeans, artists and revolutionaries that are pro-democracy, volunteer to join ISIS and why do moderates say ISIS deviated from Islam?
It seems that when enlightened Islamists use the term “civil state” they really mean a caliphate to be established at once, or one by one.
This type of questions eludes an obvious fact that they do not want to face, which is that the Caliph Abu Bakr al-Baghdadi is a product of moderate political Islam and Islamists that mix religion with politics.
For in him, we see a so-called “moderate” Islamist who lashes out at extremists yet says there will be no punishment in heaven for those who live in remote areas that never heard of Islam, but there is punishment for those who did not go to them to spread Islam.
And we find another figure who some believe is the father of moderation that has modernized the religion in the last 100 years and is quoted on radio stations as saying that rebels should calm down after they have completed their revolution. He is also viewed by money investors as opposing state control of means of production and opposing the terrorism of the nineties. Meanwhile, he is viewed by moderates as a role model for his bold speech against the deposed Mubarak.
The third figure is a standup comic preacher that says democracy is an infidel product of Greek mythology.
The fourth is a Brotherhood politician who sided with leftists and liberals before the January revolution under the pretext that he was open-minded.
It was that same father of moderation who called for the confiscation of the creativity of the most renowned Egyptian novelist and for his assassination.
It was that same other moderate preacher who said stoning should be with medium-sized stones and not big rocks that kill quickly or pebbles that kill too slowly.
It was that same politician who called for militant attacks in Sinai until Mohamed Morsy is reinstated.
And it was that same standup comedian who did not mind democracy if it brings to power a bearded ruler that applies Islamic law.
We heard about those from the young followers of political Islam who never stopped praising the enlightenment of al-Ghazali, the popularity of al-Sharawy, the sense of humor of Wagdy Ghoneim and the openness of al-Beltagy, before we got into the massacres of Rabaa al-Adaweya and the Republican Guard, and before they started blessing the killers of the soldiers in Sinai.
Founding fathers of the post-orientalism school of thought tried to provide answers to Islamic issues. Yet after the prevalence of the thoughts of ISIS regarding murder, stoning and raping children, those thoughts were rendered out of context.
In 1978, Edward Saeed addressed in his book “Orientalism” the stereotype image of the East with its Islamic religion and multiple cultures. Maybe political Islam was not much of an issue the time.
And even when the issue was raised after the siege of the American embassy in Tehran in 1981, his book “Covering Islam” still dealt with the stereotypical image of the Muslims of the Middle East in Western media and cultural circles.
And so the issue remained hanging in the air.
Edited translation from Al-Masry Al-Youm
Tags
political Islam 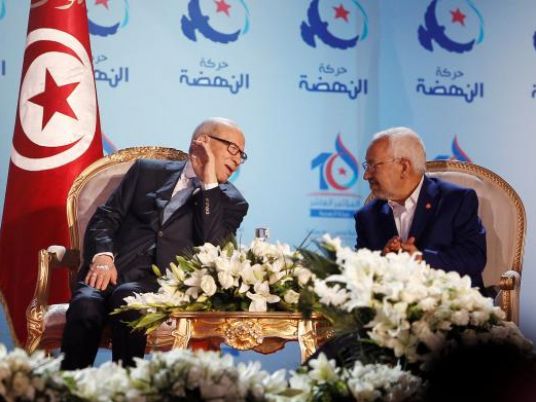