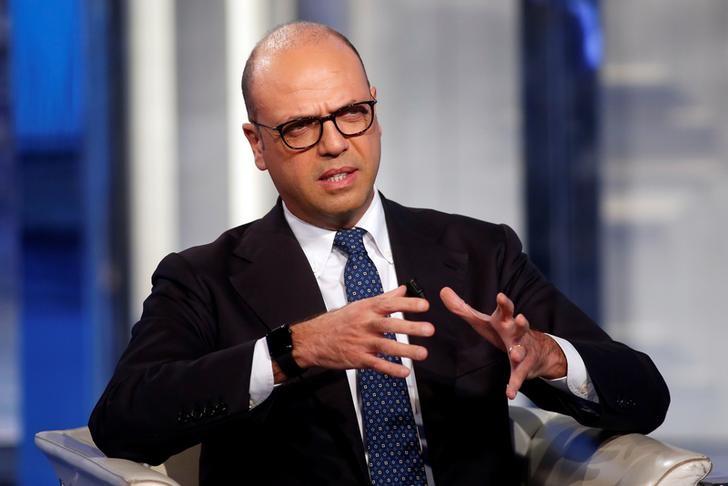 Italy could have an election as early as February, a minister in Prime Minister Matteo Renzi's outgoing government said on Tuesday, speaking after talking to Renzi.
The comments will add to growing support for a quick vote as the only way to avoid protracted political limbo in Italy following Sunday's "No" vote on Renzi's constitutional reforms.
Renzi announced he would step down after his heavy defeat. President Sergio Mattarella told him to stay on until parliament had approved the 2017 budget, expected later this week. Then, the president said, Renzi could tender his resignation.
Before the referendum, most commentators, and financial markets, assumed that even if Renzi lost and resigned, a temporary unelected government would be installed to tide Italy over until the end of parliament's term in 2018.
But a chorus of comments from party chiefs suggests consensus may be growing for an early vote in spring.
"I forecast there will be the will to go to elections in February," Interior Minister Angelino Alfano, the head of a small center-right party that is a crucial part of Renzi's ruling coalition, told Corriere della Sera daily on Tuesday.
Significantly, Alfano said he made his forecast after discussing the issue with Renzi.
Renzi is still leader of the centre-left Democratic Party (PD), which has the largest number of parliamentarians, so it is unlikely any new government could be formed without his backing.
The PD's top brass will meet on Wednesday to discuss the referendum defeat. Then Renzi's intentions, and the willingness of his party to continue to back him, may become clearer.
The two largest opposition parties, the anti-establishment 5-Star Movement and the right-wing Northern League, are both pushing hard for elections.
The obstacle most often cited is that the electoral law needs to be changed to ensure a clear winner, and hammering out a deal among the parties on a new system will take many months.
At present two different systems are in place for the two chambers of parliament – widely seen as a recipe for instability. However, the parties seem increasingly willing to bury their differences over the ideal system and risk an election even if the result could be inconclusive.
Alfano's February forecast may be unrealistic. A crucial ruling by the constitutional court on the legitimacy of the current electoral law, known as the Italicum, is not expected until the early months of 2017.
Only after the court rules whether the Italicum can be used, or spells out the aspects that must be changed, will the parties will be free to go to the polls.