Egyptian women have succeeded in leaving a mark in sports over the years but 2017 was doubtlessly a fruitful year that saw an unprecedented number of medals and titles won. 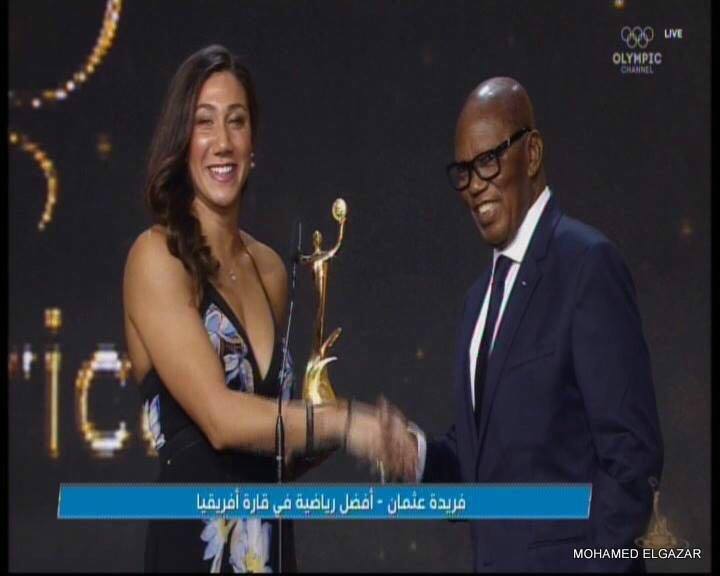 The 22-year-old athlete was named as the Best African Female Athlete at the Association of National Olympic Committees (ANOC) Awards 2017 in Prague. She also snatched the bronze medal in the women’s 50m butterfly final in Budapest in July the same year after achieving a time of 25.39s.

She broke the African record for the event for the third time, topping her previous mark set in the semifinals by 0.25s.

Osman is an Egyptian competitive butterfly and freestyle swimmer who has broken records and won gold medals in all the African Games in the 50m and 100m butterfly for the last several years, and she is considered the fastest female swimmer in Egypt and Africa. 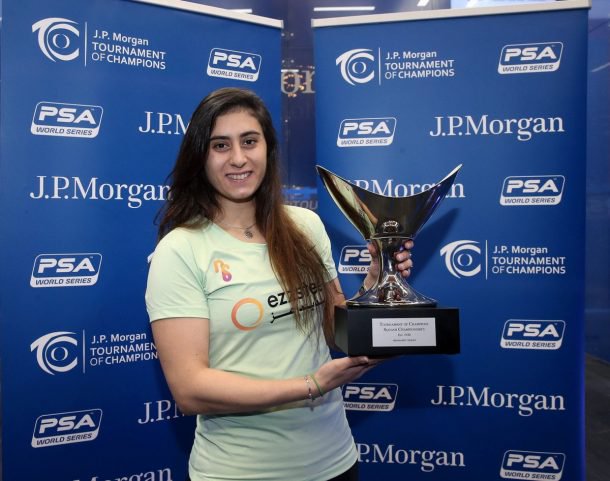 El-Sherbini won in 2017 the China Squash Open Women’s championship to become the third Egyptian woman to be crowned after Heba El-Torky and Raneem El-Weleily, who achieved the rank in 2008 and 2015 respectively.

Moreover, she won the Women’s World Championship which was held in Elgouna city in Egypt in April 2017. The 21-year-old champion is an Egyptian professional squash player who has been perching on the first rank for the last 17 months in row, followed by her compatriot Raneem El Welily in second place.

In 2017 Radwa Al-Ghamrwi became the first Egyptian Instructor of accelerated freefall (AFF), a method of skydiving where people can experience solo freefall in the fastest way, normally from 10,000 to 15,000 feet above ground level.

She traveled to the UAE along with her husband, where she studied skydiving methods to lead a UAE women’s skydiving team that has participated in 14 global competitions in 4-way jumps, which includes four skydivers jumping and making formations before landing with their parachutes.

Last year the famous Egyptian footballer in Al-Ahli Sports club Ramadan Sobhy moved to stoke city club in UK, but actually, he was not the only one, as Sarah Essam, a young Egyptian female footballer signed with the same club too — the ladies team.

Essam is a striker for the Egyptian National Team and was playing in the Wadi Degla team. She has competed in the African Cup qualifications and joined more than 20 international matches; the 18-year-old footballer went for trials in Sunderland, Birmingham, and Derby and finally signed for Stoke City in 2017.

El Tayeb, the Squash world No. 3, claimed the Windy City Open title in 2017, held in Chicago, beating New Zealand’s world No. 9 Joelle King. Earlier in the same year, El Tayeb, along with her husband — fellow squash professional Ali Farag — broke a new record to become the first married couple to both win the prestigious US Open tournament.

Suzanne Jaber is a young Egyptian who won the gold medal in the shooting flying plates competition for ladies in the 13th African Shooting Championship.

The 26-year-old lady has won all local competitions for several consecutive years and has represented Egypt in international matches in Africa, Cyprus, Italy, Kuwait and Morocco.

Another success was achieved in 2017, with the African Basketball Committee selecting Sarah Gamal to be part of the referee team for the International Basketball Federation African Zone 5 qualifiers. It made her the first veiled referee.