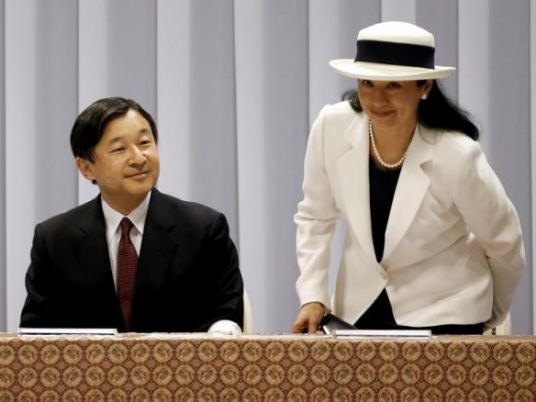 When Japanese Crown Prince Naruhito proposed to a reluctant Masako Owada, he promised to protect her with all his might, a vow that may get tougher to keep if, as expected, his father Emperor Akihito abdicates, and the woman who has struggled to adjust to royal life becomes empress.

The 82-year-old Akihito, who with Empress Michiko has won hearts at home by championing the disadvantaged and worked to heal the wounds of World War Two abroad, hinted in a televised address on Monday that he could give up the Chrysanthemum Throne due to advancing age.

While the earnest Naruhito, 56, is seen as ready for the succession and has taken on more official duties, Masako, 52, who turned down his first two proposals during a long courtship beginning nearly 30 years ago, has struggled as Crown Princess.

Harvard-educated Masako, who reluctantly abandoned a diplomatic career to marry, has for more than a decade battled depression, as she grappled with the prescriptions and proscriptions of palace life and pressure to produce a son.

In 2012, Masako, who spent large parts of her early life overseas and speaks several languages, acknowledged that she had been battling a stress-related illness for a long time. Her public appearances are still sporadic.

"Imperial popularity tends to be earned through carrying out public duties over the course of the reign," said Kenneth Ruoff, a professor at Portland State University and author of "The People's Emperor."

"If Naruhito does that, there is no reason to think he would be any less respected than his father. The case of Masako is more difficult to foresee."

Naruhito's interests in medieval transport and environmental causes seem safely worthy, if dull, though royal watchers say he has broken new ground, like advocating hands-on fathering, uncommon in a country where there is still a strong gender-based division of labor both at work and home.

He is also unusual, for a Japanese royal, in having studied abroad, and describes his two years at Oxford University as some of the happiest days of his life.

Naruhito has made clear he will carry on his father's work of reminding people about the importance of peace, even as Prime Minister Shinzo Abe moves to recast wartime history with a less apologetic tone.

But he is best known for his passionate defense of Masako, who disappeared from public view in 2003 with shingles and what was later described as an "adjustment disorder".

In 2004 he set off an unusually public feud with the Imperial Household, an agency responsible for organizing the activities of the royal family, by saying that Masako, who had hoped to use her diplomatic experience as crown princess, had "totally exhausted herself" trying to adapt to palace life.

"It is true there were moves to negate Masako's career and her personality, which was influenced by that career," he said.

Naruhito's defense continued through the years, during which tabloids occasionally criticized his wife for slacking off. In 2008 he pleaded for understanding, saying: "Masako is continuing to make utmost efforts with the help of those around her."

Images of Akihito and Michiko, informally dressed and kneeling to talk to disaster victims in evacuation centers are imprinted in public memory, and they have also visited centers for the disabled and elderly.

In rural areas and among the older generation, where support for the emperor runs highest, the presence of the royals as a couple is especially valued, said Midori Watanabe, a journalist and visiting professor at Bunka Gakuen University.

"What's important is that the two of them are together," Watanabe said. "He (Naruhito) promised he'd protect her all their lives," she added. "I think she'll make efforts for him."

Miiko Kodama, professor emeritus at Musashi University, said Masako's ultimate elevation to empress could, however, prove a boon to the unhappy princess, as it did to her mother-in-law.

Michiko, the first commoner to marry a royal heir, grew gaunt and visibly unhappy in her younger days due to stress, but became the most visible and widely traveled imperial consort in Japanese history.

"When Masako becomes empress, her higher status will mean more people will listen to her," Kodama said.

"With fewer people putting unnecessary pressure on her, I think you can expect many of her symptoms will improve."