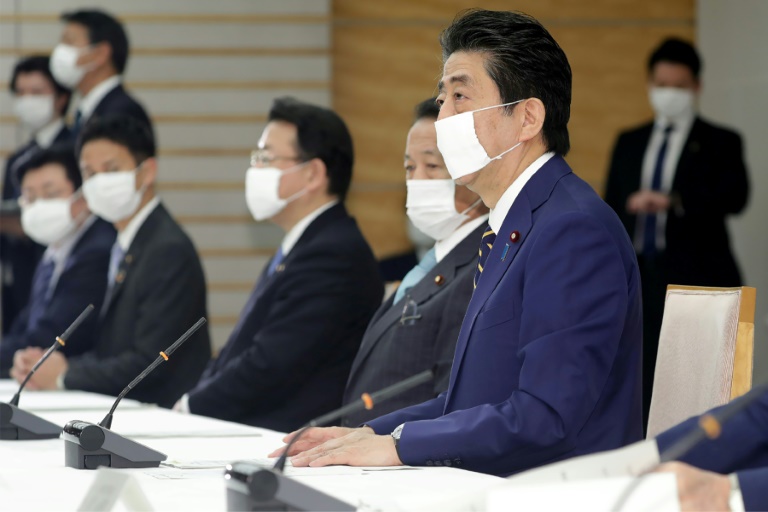 Japan’s Prime Minister Shinzo Abe will on Tuesday declare a state of emergency in parts of the country, including Tokyo, over a spike in coronavirus infections.

“I have decided that a situation gravely affecting people’s life and the economy has occurred. This evening, I plan to call a government headquarters meeting and declare a state of emergency,” Abe said Tuesday.

He announced the plan a day earlier, citing “rapid increases of new infections, particularly in urban areas like Tokyo and Osaka”.

The declaration is expected to take effect from midnight and will empower governors of seven affected regions to ask people to stay inside and businesses to close their doors.

But it stops far short of the sort of lockdown seen in parts of Europe and the United States, with no enforcement mechanism to keep people indoors or shutter businesses, nor penalties for those who fail to comply.

Experts and local leaders have pushed for the declaration, and 80 percent of people polled by public broadcaster TBS over the weekend said they backed the move.

Seven regions will be affected: Tokyo, neighboring Chiba, Kanagawa and Saitama, the western hub of Osaka and neighboring Hyogo, and the southwestern region of Fukuoka.

The measure is expected to be in place for around a month initially.

It comes with pressure growing on the government to take fresh action as medical experts sound the alarm on a spike in infections, with Tokyo reporting a record 143 new cases on Sunday, still far below those seen in many parts of the world.

Doctors in the capital warned this week that the city was already in “critical condition”, with hospitals stretched thin.

Tokyo Governor Yuriko Koike, who has pushed for the emergency declaration, urged residents on Tuesday to cooperate with requests to limit movement.

“It may cause inconvenience in daily life, but I call for everyone’s cooperation because lives are at stake,” she told reporters.

In addition to asking people to stay inside and urging the closure of businesses that attract crowds, the measure allows governors to commandeer property for medical purposes.

Koike is expected to explain how the measure will apply in Tokyo at a news conference later Tuesday.

Government spokesman Yoshihide Suga said public transport would not be scaled back but “we will take appropriate measures to reduce person-to-person contacts drastically”.

“We will mobilize all possible policies to prevent infections from spreading further,” he added.

“I’d like residents in designated regions to act calmly.”

In the capital on Tuesday, residents expressed support for the move.

“Up to now we have only been advised to stay at home, but with the announcement of the state of emergency, this makes us more aware of the seriousness of the situation,” said 29-year-old Tomahisa, working in finance in Tokyo.

Toshio Yamamura, owner of a dry cleaning shop in the city, said his business had dropped off as people working from home skipped sending dress shirts to be washed and pressed. But he backed the move nonetheless.

“It’s now a month to avoid crowds, not going out for leisure. It may be restrictive but now we have to cope with it,” the 71-year-old told AFP.

The economic impacts of the measure have raised concern, and Abe on Monday unveiled plans for a stimulus package worth around $1 trillion, or 20 percent of gross domestic product.

Japan has so far been spared the sort of virus outbreak seen in parts of Europe and the United States, with close to 4,000 confirmed infections and 80 deaths.

Image: JIJI PRESS/AFP / STR There are concerns about the economic impact of the state of emergency