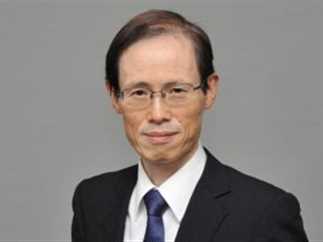 Japan’s ambassador to Cairo Masaki Noki praised the fruitful cooperation between Japan and Egypt in many projects, especially in the field of education, referring to the visit of President Abdel Fattah al-Sisi to Tokyo, where he agreed with Japanese Prime Minister Shinzo Abe on the Japanese-Egyptian education initiative. Noki expressed this praise at a press conference held by Noki on Monday at the Japanese Embassy in Cairo, anticipating the G20 summit scheduled to be held next week.

Noki said the two countries enjoy a long friendship and that ties were further strengthened by Abe’s visit to Egypt in 2015 followed by the visit of Sisi to Tokyo in 2016.

He expects bilateral relations to witness a qualitative leap this year, especially with Sisi attending the G20 summit and the TICAD summit in August.

The summit focuses on the quality of economic growth, the achievement of equality between rich and poor, gender equality and the growth of some societies, Noki said.

Tokyo wants to discuss four axes: trade, digital economy, innovation and the preservation of free trade in the world, he said, adding that the most important challenge facing the G20 is restoring confidence in the world trade system, pointing out that tension between the countries of the world has begun to impact global trade growth.

Setting standards that control the digital economy leads the world to share the benefits of this economy, especially as digital technology has caused a major change in the global economic system, he said. The summit will discuss issues of global health, plastic waste in the oceans and equality.

The ambassador noted that Sisi’s participation is very important because Egypt is a pioneering country in Africa.

Global awareness has grown regarding developing countries that have great opportunities for growth, especially with the stagnation of growth in developed countries, he mentioned.

Africa is particularly important for promoting global economic growth, and there will be some bilateral discussions on the sidelines of the two summits between Egypt and Japan to push forward relations, Noki added.

Japanese tourists to Egypt were recorded at 42,000 last year, a number that is expected to increase this year, he said, adding that in July there will be flights between Cairo and Tokyo twice a week.

The Grand Egyptian Museum represents a symbol of friendship between the two countries because of an exceptional Japanese loan of about US$800 million, Noki said.

Japanese experts continue to cooperate with Egypt in the restoration and preservation of antiquities, he said.

Japanese investments in Egypt increased to US$162 million in 2017, he said, adding that the TICAD Summit represents an opportunity for Egypt to increase foreign investment.

He stressed the need for a clear and decisive policy by the Egyptian government to facilitate the work of Japanese car manufacturers, adding that the total volume of trade between the two countries amounted to US$1.4 billion in 2017/2018, up 26 percent compared to 2016.

Egypt's participation in the G20 Summit is vital: Japanese diplomat