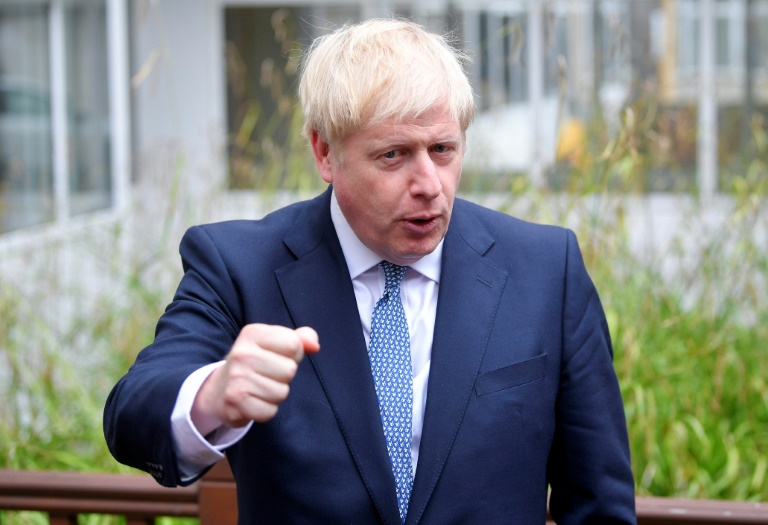 Prime Minister Boris Johnson on Monday promised a bright future after Brexit on his first visit to Scotland but Britain’s top business lobby said companies need to be on an “emergency footing” because of the growing likelihood of a no-deal exit.

Brexit hardliner Johnson, who only took charge on Wednesday, responded to independence calls from Scottish First Minister Nicola Sturgeon by saying that the United Kingdom represented a “global brand”.

“So as we prepare for our bright future after Brexit, it’s vital we renew the ties that bind our United Kingdom,” he said, speaking before a meeting with Sturgeon.

But Sturgeon said ahead of the talks that his government was driving the country towards a “disaster”.

Johnson wants Britain to leave the EU on October 31 — with or without a divorce deal with the European Union.

The prospect of Brexit with a deal has fallen since the UK government has said EU partners must first accept a renegotiation of the terms of a divorce struck with Brussels under Johnson’s predecessor Theresa May.

The EU has already said the demand to re-open the accord is “unacceptable”.

The Confederation of British Industry lobby warned in a report that both Britain and the EU were not prepared for a no-deal Brexit and urged businesses to step up contingency plans.

“While it’s not possible to seal our economy from all the damage the floodwaters of no deal will cause, we can lay down the sandbags and protect as much as we can,” CBI director-general Carolyn Fairbairn said.

The CBI’s head of EU negotiations Nicole Sykes tweeted that it was “like putting sandbags down for a flood.

“Your kitchen’s still going to be underwater but MAYBE we can save the bedroom upstairs,” she wrote.

The Institute for Government also warned that a no-deal Brexit would “dominate government for years”, allowing little room for other domestic priorities outlined by Johnson such as health, education and transport.

The think-tank said such an outcome would also place the United Kingdom, which includes England, Scotland, Wales and Northern Ireland, “under unprecedented pressure”.

On his first visit to Scotland as prime minister, Johnson will visit a military base before meeting Scottish Conservative leader Ruth Davidson, who has been strongly opposed to a no-deal Brexit, and Sturgeon.

Sturgeon said last week that Scotland, which voted to remain in the EU in the 2016 referendum, needed an “alternative option” to Johnson’s Brexit strategy.

Sturgeon, who leads the separatist Scottish National Party (SNP), told Johnson that the devolved Scottish Parliament would consider legislation in the coming months for another vote on seceding from the United Kingdom.

Irish Prime Minister Leo Varadkar has also said that a no-deal Brexit would make more people in Northern Ireland “come to question the union” with Britain.

Johnson, who decided that he will take the symbolic title of Minister for the Union alongside that of prime minister, will announce £300 million (£370 million, 332 million euros) of new investment for Scotland, Wales and Northern Ireland during Monday’s visit.

“Important projects like the government’s growth deals… will open up opportunities across our union so people in every corner of the United Kingdom can realise their potential,” he was to say.

“I look forward to visiting Wales and Northern Ireland to ensure that every decision I make as prime minister promotes and strengthens our union,” he will add.

Johnson plans to visit local farmers in Wales and discuss the ongoing talks to restore the devolved government when he visits Northern Ireland.

The investment boost comes after the prime minister announced a £3.6 billion fund supporting 100 towns in England, raising suggestions that he is already in campaign mode for an election.

Many MPs are opposed to leaving the EU without a deal, and could try and topple the government in an attempt to prevent it, potentially triggering a general election.