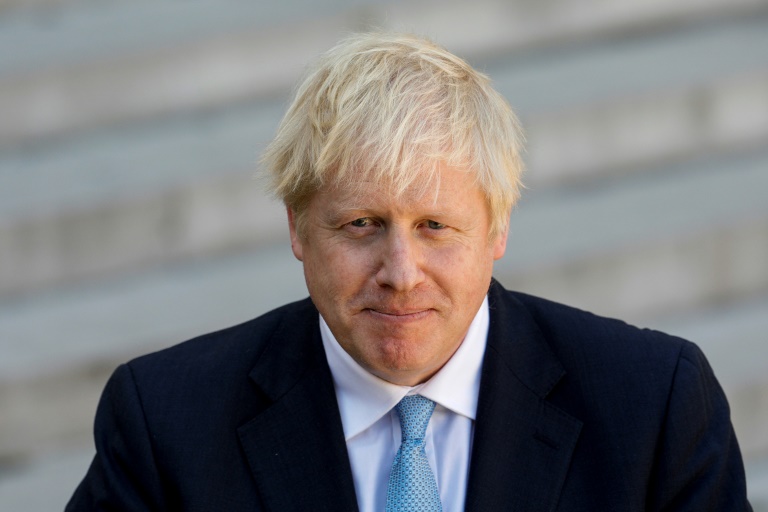 Prime Minister Boris Johnson makes his debut on the global stage at the G7 summit this weekend, where all eyes will be on his chummy relations with US President Donald Trump.

The summit in France opens on Saturday, the one-month anniversary of the Brexit cheerleader and former foreign secretary becoming premier.

“What we’ll make of this is whether Boris Johnson manages to be a different person on the world stage than he managed as foreign secretary — because he was a disappointment,” Bronwen Maddox, director of the Institute for Government think-tank, told AFP.

Johnson said the message he will be bringing to fellow leaders was that “the Britain I lead will be an international, outward-looking, self-confident nation”.

He dipped his toes into international diplomacy as leader earlier in the week, meeting German Chancellor Angela Merkel and France’s Emmanuel Macron to discuss his Brexit plans.

The meetings were regarded as a qualified success, but his appearances on the international stage as foreign secretary were judged less favorably.

Maddox said his 2016-18 spell as foreign minister was marked by jokes, blunders and little in the way of achievements.

His meeting with Trump will be one of the highlights to watch for at the August 24-26 summit in the glitzy resort of Biarritz on France’s southwest coast.

“It is going to be very significant the type of message he sends,” said Anna Nadibaidze, a research and communications associate at the Open Europe think-tank.

Johnson will insist that Brexit does not represent a British retreat from the international stage.

Trump says he is eager to meet Johnson, a fellow maverick who enjoys his approval. The pair have spoken several times by phone since Johnson became prime minister on July 24.

Dubbed “Britain’s Trump” by some, Johnson shares with the US leader a deep skepticism of the European Union.

They are both divisive figures in their respective countries and enjoy provoking their opponents.

Johnson rose to power by presenting himself as the savior of Brexit.

He wants to sign an ambitious trade agreement with Washington after Britain leaves the EU, as an antidote to the major economic shock that Brexit is predicted to cause if Britain leaves without a divorce deal.

Britain is due to quit the bloc on October 31, regardless of whether Johnson manages to secure an exit deal with Brussels.

He received some encouragement from Merkel and Macron, who supported allowing another month to find a solution to the contentious Irish border issue, although the French leader said he was doubtful of a breakthrough.

Success on the international stage would allow Johnson to assert his leadership on the domestic front, Maddox said, while a disappointing turn at Biarritz could leave him weakened as he prepares to face a likely vote of no confidence after parliament returns on September 3.

Such a move could trigger a general election.

“If Boris can look like a world leader it gives him an edge,” Maddox said.

Open Europe’s Nadibaidze said striking a close relationship with the United States may require Britain to make “compromises at home” and “diverge a bit more from Europe” on major international issues.

“A lot will depend on the terms” of Brexit, she said.

So far, London has stuck with its European partners over the Iran nuclear deal — the United States has walked out — even though Britain is joining in with a US maritime security mission in the Gulf.

On topics such as Iran and climate change, he is closer to Brussels than Washington, and “there is a limit on how far he can go” in distancing himself from the EU, Grant said.

Trump heads to G7 with potshot at French hosts over taxes