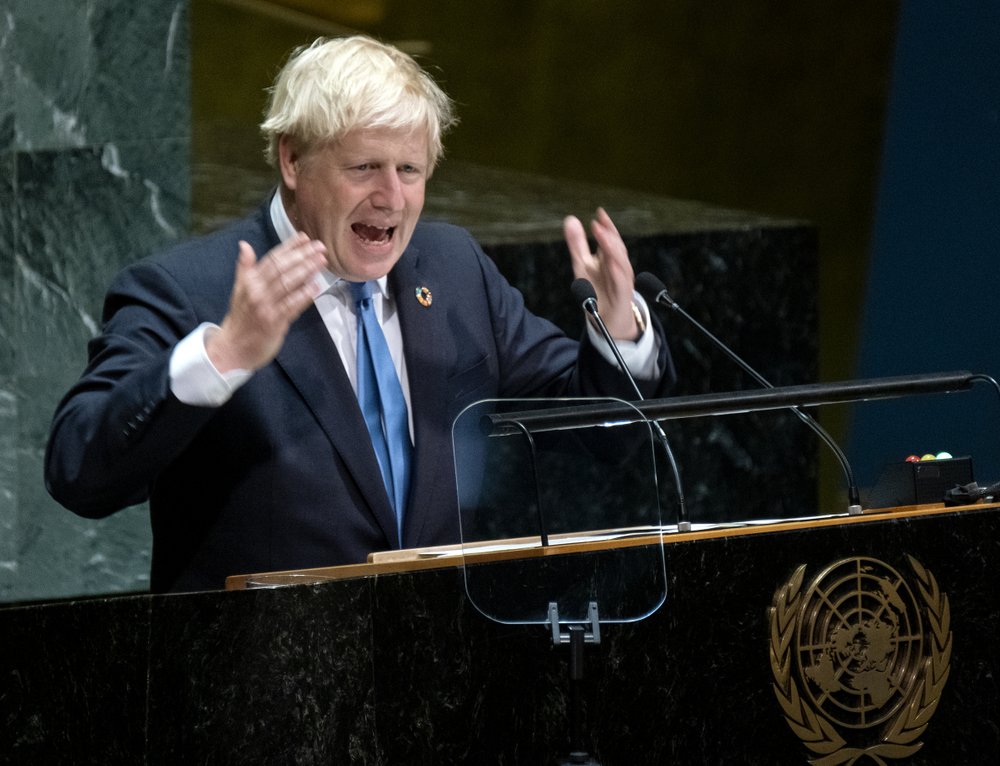 Things Boris Johnson didn’t address with any substance: Brexit (though he mentioned it in a quip). The British court ruling earlier in the day that said he acted illegally by dissolving Parliament. The take-no-prisoners politics that some say are threatening his premiership and undermining his influence as Britain’s leader.

Many didn’t know what to expect Tuesday after the court ruling came down hours before Johnson’s inaugural UN General Assembly speech as prime minister.

But it’s safe to say few anticipated what he dramatically and energetically delivered: a caffeinated screed about the damage that technology can do if misused — and the glories it can hand humanity if it is delivered properly.

In his notably energetic speech, which ended after 10 pm as more than 12 hours of UN speeches were inching to their end, Johnson said he was optimistic about technology’s future — if humanity finds “the right balance between freedom and control.”

The first potential future that Johnson mapped out was decidedly dystopian — one where technology permeates every corner of human life, and not in a good way. Digital assistants pretending to take orders — but actually watching you and acting against your interests. Computers that decide what you’ll get, where you’ll be allowed to go, who you’ll be.

“You may keep secrets from your friends, from your parents, your children, your doctor – even your personal trainer – but it takes real effort to conceal your thoughts from Google,” he said. “And if that is true today, in future there may be nowhere to hide.”

That is not, he said, a good thing at all.

“Can these algorithms be trusted with our lives and hopes?” he asked, his delivery staccato and his hands jabbing with emphasis. “Are we doomed to a cold and hard future where a computer says ‘yes’ or ‘no’?”

But if things are done right, the prime minister said, a different story could unfold for all of us.

“How do you plead with an algorithm? How do you get it to see extenuating circumstances?” he said. “We need to find the right balance between freedom and control.”

The spirited, tech-focused address was extraordinary given that immediately after it, he was to head back early to his home country to face a maelstrom of political problems — including the consequences of the court ruling and hearty calls for him to resign as prime minister.

In the speech, Johnson mentioned Brexit only once — as a pointed aside while recalling the myth of Prometheus, who was chained to a rock by Zeus and sentenced to have his liver eaten out by an eagle for eternity. “And this went on forever,” he quipped, “a bit like the experience of Brexit in the UK, if some of our parliamentarians had their way.”

But he said that with the right approach — one of “freedom, openness and pluralism” — and making sure that such voices are heard loudly “in the standards bodies that write the rules,” humanity can deliver itself to a brighter technological future.

“Together, we must ensure that new advances reflect our values by design,” he said, adding: “I am profoundly optimistic about the ability of new technology to serve as a liberator and remake the world wondrously and benignly. Indeed, in countless respects, technology is already doing just that.”

Then, his speech over, he headed to the airport. Within the hour, he was flying home.

No breakthrough in Brexit talks as Johnson dodges reporters