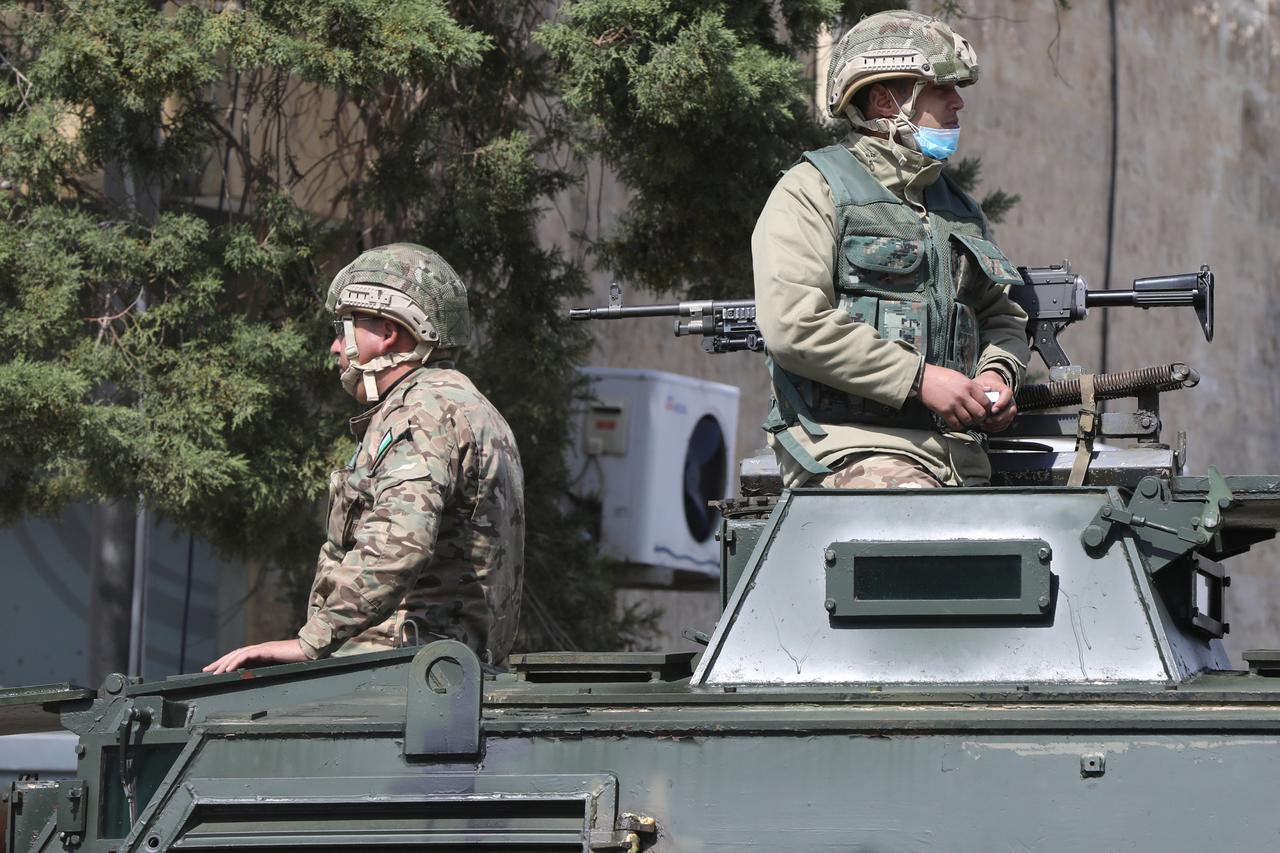 AMMAN (Reuters) — Jordan’s King Abdullah approved on Tuesday a law that gives the government sweeping powers to enforce a state of emergency to help it combat the spread of coronavirus, state media said.

The royal decree gives Prime Minister Omar Razzaz extraordinary powers under a defense law enacted in times of war and disasters to enforce curfews, closing businesses and placing restrictions on freedom of movement of people.

In a letter to Razzaz, the monarch said he approved the law to help combat the virus without infringing on citizens’ political and civil rights.

“The health of Jordanians is sacred and comes above anything else,” the monarch said.

Jordan has earlier announced a lockdown beginning on Wednesday, ordering all citizens to stay in their homes apart from emergencies and banning travel between provinces, to fight the coronavirus outbreak. Jordan has 34 confirmed cases and no deaths.

Troops were deployed at the entrances of cities on Tuesday to help impose the measures when they take effect the following day, the army said.

The law will give security forces in the kingdom, which has already shuttered shops and closed its borders to halt the spread of coronavirus, widespread powers to control movement.

“We will not be lenient in enforcing the laws,” Interior Minister Salamah Hamad said.

Jordan has closed land and sea border crossings with Syria, Iraq, Egypt and Israel, and suspended all incoming and outgoing flights. Only cargo flights and commercial overland shipments will be allowed in and out of the country.

Prime Minister Omar Razzaz visited a grain silo and said there were enough strategic stocks to feed the country for months, in an attempt to assure panicky Jordanians who have been hoarding food. Energy officials said gasoline stocks would cover 60 days’ supply in a country that imports all its fuel.

The cabinet announced the closure of all government agencies except hospitals from Wednesday and ordered private firms to also close their offices and send employees home.

All shops in malls would be shut apart from those selling food and medicine. Gatherings of more than 10 people will be banned.

The public security department said it would use force if necessary against anyone resisting these government decisions.

The kingdom had also announced a package of measures this week to cushion the economy, including debt relief for troubled businesses and monetary policy moves to inject millions of dollars of liquidity into the economy.

Officials are worried the crisis that has hit the thriving tourism sector, which generates around $5 billion annually, will slash growth projections and deepen an economic downturn. Thousands of foreign tourists have left in the past few days.

Jordan’s government suspended trading in the Amman Stock Exchange (ASE) from Tuesday until further notice, after the market plunged in recent days to levels not seen in more than 17 years.

Image: Jordanian army members stand guard outside a hotel that was transformed into a quarantine station amid concerns over the coronavirus (COVID-19) in Amman, Jordan, March 17, 2020. REUTERS/Muhammad Hamed