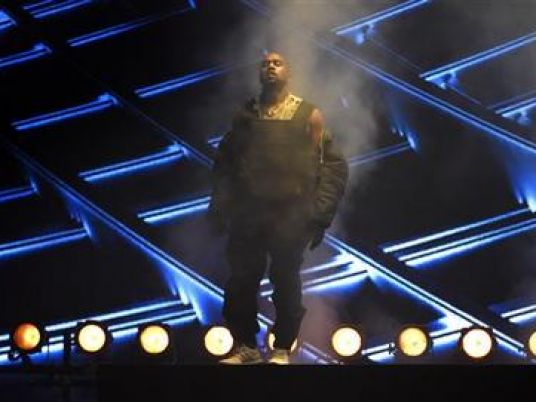 Images of Kanye West's face on Mount Rushmore and a potential White House takeover by the Kardashian reality TV clan fired up social media on Monday, a day after the rapper virtually hijacked a rambunctious MTV Video Music Awards (VMA) show as he declared he planned to run for US president in 2020.
West, who is married to Kim Kardashian, sparked dozens of satirical memes on social media after his rambling, 13-minute speech on Sunday – when he admitted he had "rolled up a little something earlier in the night – while accepting the Video Vanguard award for lifetime achievement.
Although most viewers saw West's presidential declaration as a joke, a Maryland college student on Monday filed paperwork with the Federal Election Commission to set up a political action committee called Ready for Kanye.
Eugene Craig III, 24, chairman of the Young Minority Republicans Fund, told Reuters he hoped West would consider running as a Republican in 2020.
"We think he is a champion of a lot of issues and he has an interesting perspective. (The PAC) is not just a joke," said Craig, a student at Bowie State University.
West, 38, scored the award show's top hashtag, #Kanye2020, according to social analytics company NetBase. The show became the most-tweeted television program since Nielsen began tracking Twitter TV activity in 2011, with some 21.4 million tweets sent in the United States alone.
West's declaration of presidential ambitions triggered images of his face imposed on Shepard Fairey's familiar 2008 Barack Obama "Hope" campaign poster and pasted on Mount Rushmore alongside the sculptures of US Presidents Abraham Lincoln, Thomas Jefferson and Theodore Roosevelt.
Fantasy opinion polls showed West running ahead of Donald Trump, who has been leading polls among the many Republican presidential contenders, while another viral post placed Kim Kardashian, as well as sisters Khloe and Kourtney, outside the White House.
Music website Billboard.com suggested rapper Jay-Z could be West's vice president and Taylor Swift could be installed in the State Department.
The annual VMA awards show, which honors achievements in music videos, has long been known for its outrageous moments.
Sunday's show was replete with liberal cursing, skits about marijuana use, barely-there outfits, and an apparently accidental flash of bare breasts from host Miley Cyrus, 22.
The Parents Television Council, which says it aims to "protect children and families from graphic sex, violence and profanity in the media, responded with outrage.
"MTV … chose to perpetuate blatant sexualization – much of it self-inflicted by the artists – and to celebrate the use of illegal drugs," council President Tim Winter said in a statement.
MTV, a unit of Viacom Inc, said it had no comment on the PTC statement.