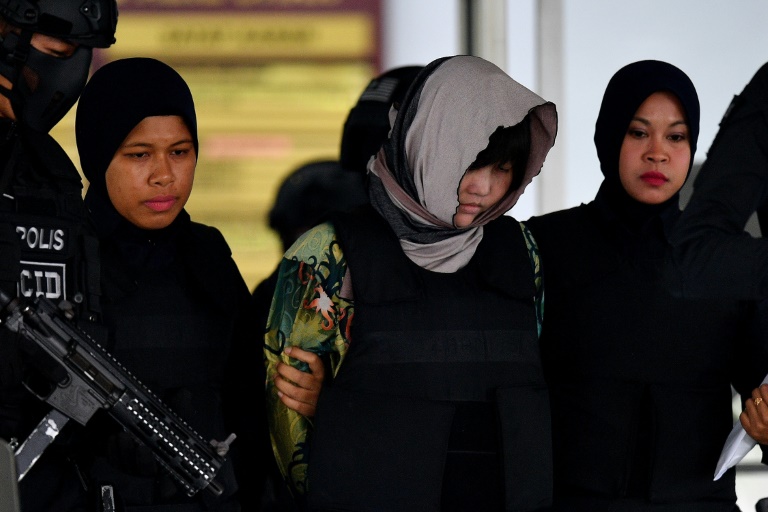 The trial of two women accused of murdering the North Korean leader’s half-brother was adjourned Monday until March, and the case will now drag on until at least mid-2019.

Siti Aisyah from Indonesia and Doan Thi Huong from Vietnam have been on trial since October 2017, accused of murdering Kim Jong Nam by smearing the nerve agent VX on his face at Kuala Lumpur airport.

The brazen assassination in February 2017 shocked the world, but the women have denied murder, saying they believed they were taking part in a prank and were tricked by North Korean agents.

Proceedings in the trial of the women, both in their 20s, have moved slowly due to the large number of witnesses and infrequent hearings. There have been no hearings since August, when the prosecution finished presenting its case.

The latest hold-up has been caused by an appeal from the defence, which is urging prosecutors to make key witness statements available. The prosecution argues the statements should not be made public.

With the appeal still ongoing, a series of hearings scheduled for this week were cancelled, and the trial will now resume on March 11 with Huong’s defence.

New information given out by the High Court in Shah Alam, outside Kuala Lumpur, showed hearings set until July 31, with the final verdict likely to come only after that date.

During the first months of the trial, the court saw CCTV footage of the accused attacking the relative of the North’s leader, Kim Jong Un, and prosecutors argued it was a well-planned hit.

South Korea has accused the North of ordering the assassination, an allegation denied by Pyongyang.

Under current laws, the women will be handed a death sentence if convicted of murder. Malaysia’s new government has vowed to abolish the death penalty, but parliament still needs to back the change.