Archaeologists were stunned when they discovered that a golden-colored dagger found in the tomb of King Tutankhamun was made of a substance that scientists believe came from “outer space.”

Two new studies suggest different images of the origins of the mysterious weapon.

One of those studies of the dagger say it was “made of meteorites” in Anatolia (modern Turkey), while the other indicates that its terrestrial origins remain a mystery.

According to Live Science, at the time of King Tutankhamun’s reign (1333 BC: 1323 BC), they were unaware of iron smelting and forging, which means that the metal was a rare and precious commodity, and may have been made of meteorites.

In one new study, published on February 11 in the journal of Meteoritics & Planetary Science, researchers describe how the adhesive used on the golden handle of the dagger was likely made of limestone, a material.

Usually used in Anatolia at the time of King Tutankhamun’s rule, because limestone was not widely used in Egypt at that time.

In addition, historical records found at the site of Tal al-Amarna in Egypt show that Tushratta, a Mitanni king in Anatolia, gifted an iron dagger to Amenhotep III.

The team also found that “the iron blade of the dagger was made by low heat less than 950C, which suggests it could be a mineral called Trolleite, as well as formations of iron-nickel crystals known as Widmanstätten patterns seen on the dagger.

Another contradictory study published in the “Iron from Tutankhamun’s Tomb” book, published in 2022, states that researchers have found that it is currently impossible to reach a reliable conclusion about the origin of the iron objects of Tutankhamun.

The authors of the study said that the rock crystal of the blade is similar to the handicrafts widely used in the Aegean region.

The typical Egyptian shape refers to manufacturing it in Egypt.

As a result, the researchers emphasized that a clear comprehensive picture of the origin of the dagger handle and blade could not be reached.

Albert Gambon a researcher at the Sorbonne in France who has done extensive research on meteoric iron artifacts was not convinced by the findings that suggested the dagger was made in Anatolia.

He disputed the claim that limestone was used as an adhesive, and pointed out that in the 1920s, limestone powder was used to clean some pieces of Tutankhamun and chemical tests used in the study revealed that it was a cleaning solution, not an adhesive.

Additionally Gambon noted that the handle and blade are separate parts, and each can be manufactured in different locations, according to Live Science.

While Marian Feldman an archaeologist at Johns Hopkins University said that if the claims that the dagger was made in Anatolia were correct.

It would be an important evidence, stressing that some of the luxury items found in the tomb of King Tutankhamun were diplomatic gifts from abroad. 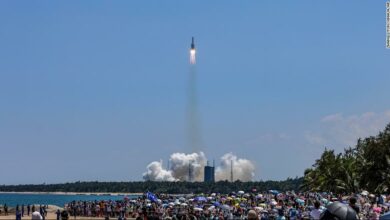