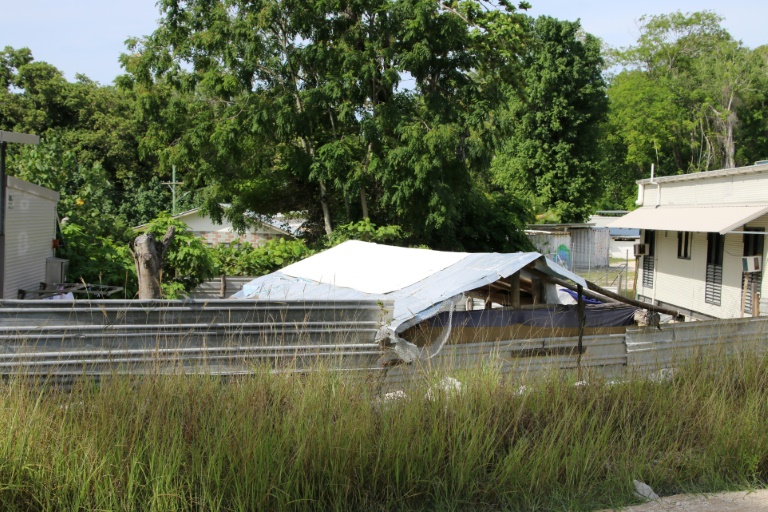 The last remaining refugee children detained by Australia on the remote Pacific island of Nauru are being moved to other countries, Prime Minister Scott Morrison said Sunday, following criticism of Canberra’s harsh treatment of asylum-seekers.

Under a policy meant to deter would-be asylum-seekers from reaching Australia by boat, Canberra sends arrivals to Pacific camps, where they await the processing of their applications.

But there has been growing domestic and international pressure on the government to move children held in the offshore island camps, following reports of serious health problems.

“Every asylum-seeker child has now been removed from Nauru or has had their claim processed and has a clear path off the island,” Morrison said in a joint statement with Immigration Minister David Coleman.

Morrison said when he came into power in August, there were 109 children on the island.

“There are now only four asylum seeker children on Nauru and they have all been approved for departure to the United States of America with their families,” he added.

Canberra says the policy discourages asylum-seekers from embarking on dangerous sea voyages, and that it has managed to halt the flood of boat arrivals that characterized previous governments.

But the camps have come under fierce criticism, with reports of abuse, suicide and despondency.

Eyewitnesses — including AFP journalists — have reported a dire situation on Nauru, with families living under constant fear of loved ones committing suicide.

Public polls have also shown that Australians want children and their families transferred off Nauru, although the tough policy remains popular with Morrison’s right-wing base.

There are another estimated 600 men in transition centers on Papua New Guinea’s Manus Island after the camp there was closed in 2017, according to refugee advocates.

Canberra bars the refugees from resettling in Australia and instead tries to send them to third countries like the US.

Several hundred from Manus and Nauru have been resettled in the US, but the process has been slow, leaving some refugees languishing for years on the islands.

The announcement comes ahead of the first sitting of parliament this year in mid-February, where the conservative minority government was expected to come under pressure to move the children off Nauru.

Australia’s next PM made his name on turning back refugees