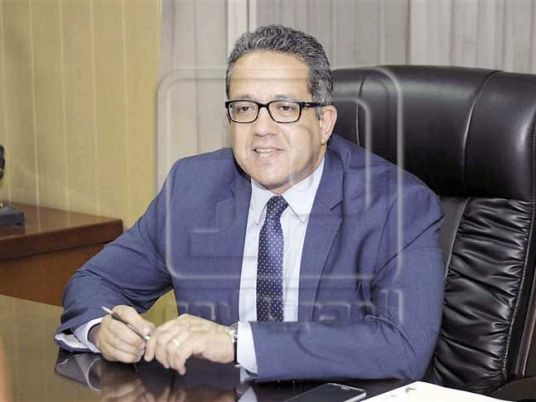 Antiquities Minister Khaled al-Anany said the Cabinet meeting held on Wednesday reviewed the amendments to Antiquities Law No.117 for the year 1983, which was amended in 2010 and approved by the Cabinet.

In remarks after the meeting, Anany said: “The Cabinet approved stiffening the penalty for antiquities trading, possession and digging to a life sentence with fines. Fines for assaulting tourists were raised to LE10,000.”

Two authorities were established, he said, adding that a holding company for archaeological sites will be established. The Cabinet approved the amendments and will submit them to Parliament.

“The prime minister formed a committee to run the holding company and ordered the public business sector minister to be its rapporteur, with membership of the ministers of tourism and antiquities,” Anany said.

The minister referred to the opening of seven new museums, adding that the government will allocate funds for archaeological projects including the renovation of King Farouq rest house, resuming the Grand Museum at the Pyramids area and developing Baron Palace at a cost of LE1 billion.

The Grand Museum, according to Anany, will be partially opened before mid-2018.