Facebook Twitter LinkedIn
At least 10 migrants, including five children, drowned on Saturday when their boat sank in the Aegean Sea while trying to cross from Turkey to Greece, the Turkish coastguard said.
An unknown number of people were still missing after the latest in a long list of migrant boat sinkings in the Mediterranean.
So far, 43 passengers had been rescued, the private Dogan news agency reported.
"We are sad. At least 20 friends are still missing," one weeping survivor told an AFP photographer at the scene.
The migrants, who included Syrian and Afghan refugees, had set off from the district of Ayvacik in Canakkale province in an apparent bid to reach the Greek island of Lesbos.
Turkey, which is hosting at least 2.5 million refugees from Syria's civil war, has become the main launchpad for migrants fleeing war, persecution and poverty to Europe.
The Turkish government struck a deal with the EU in November to halt the outflow of refugees, in return for 3 billion euros (US$3.2 billion) in financial assistance.
Neither the deal nor the winter conditions appear to have deterred the migrants, who continue to pay people smugglers thousands of dollars for the risky crossing in overloaded boats.
The International Organization for Migration (IOM) said this week 45,361 migrants had arrived in Greece by sea so far this year, 31 times more than for all of January 2015.
Some 90 percent of the new arrivals were from Syria, Iraq and Afghanistan, it added.
Tags
boat sinking migrants refugees

Cubans are arriving to the US in record numbers. Smugglers are profiting from their exodus 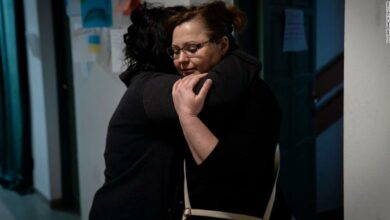 A Ukrainian-American woman’s family were forced to flee to Russia. She smuggled them to Poland