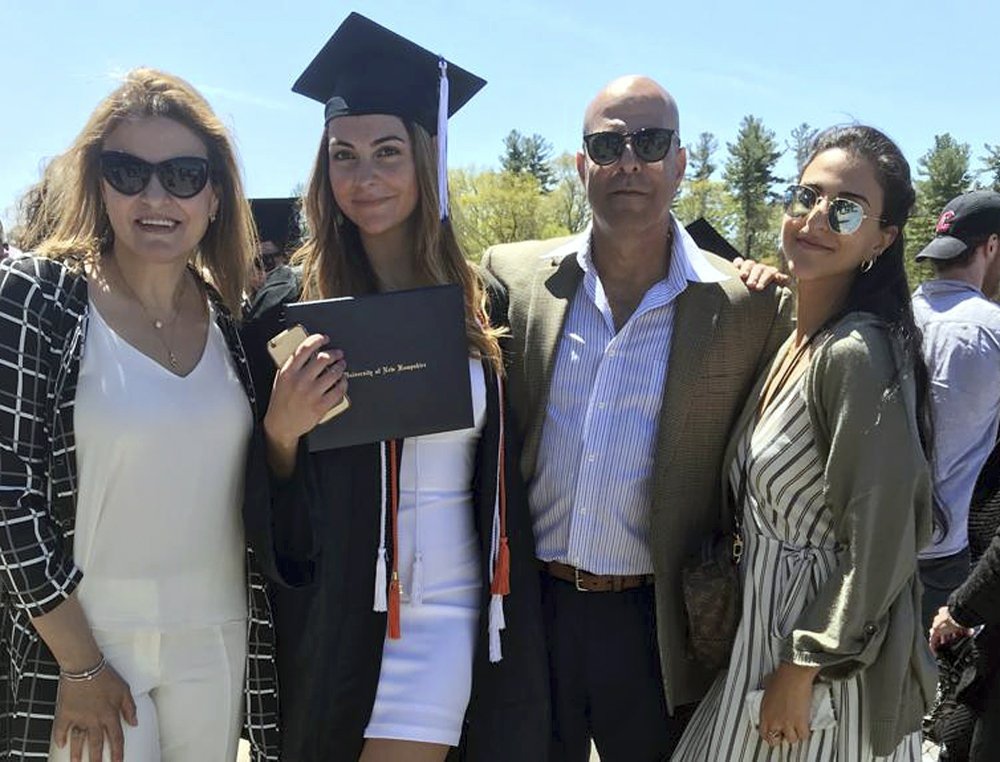 Amer Fakhoury is accused of working as a senior warden at Khiam Prison, which was run by an Israel-backed Lebanese militia. The prison has been described by human rights groups as a center for torture. He was detained in September after he returned to his native Lebanon from the U.S., and Lebanon’s intelligence service says he confessed during questioning to being a warden.

However, Fakhoury’s lawyer and family in New Hampshire say that, while he was indeed a member of the Israel-backed militia and worked at the prison, they insist he had no direct contact with inmates and was never involved in the interrogation or torture of prisoners

Fakhoury, 57, is also undergoing cancer treatment, and it remains unclear if he’ll be able to stand trial. The restaurant owner from Dover, New Hampshire, became a U.S. citizen last year.

“We have a dying American citizen there,” said his lawyer, Celine Atallah. “By keeping him there, it’s evident they’re trying to kill him.”

The Lebanese judicial officials said Tuesday that the judge, Najat Abu Shakra, referred Fakhoury for trial in a military court. No date was set for the tribunal. The officials spoke on condition of anonymity because they were not authorized to speak to the media.

The officials said Abu Shakra charged Fakhoury with “murder and attempted murder of prisoners inside Khiam Prison as well as kidnapping and torture.” The prison, run by the so-called South Lebanon Army, was abandoned after Israeli forces pulled out of southern Lebanon in 2000, ending an 18-year occupation.

Human rights groups have said in the past that Khiam Prison was a site of torture and detention without trial. Israel denies the allegations.

However, Fakhoury’s lawyer and family have said he was never named when extensive investigations of Khiam Prison were conducted years ago. His family said that, as a former member of the SLA, he was charged alongside many others with collaborating with Israel. That charge was dropped in 2018, they said.

“There has been no evidence to substantiate the charges against Amer Fakhoury and his health condition is dire,” Shaheen said in a statement Tuesday. “Time is of the essence and the Lebanese government needs to understand there will be consequences for his continued detention.”

Lebanon and Israel have been officially at war since Israel’s creation in 1948. Lebanon bans it citizens from traveling to Israel or having contact with Israelis.

The judge also dropped charges Tuesday of dealing with and visiting Israel, saying the incidents were outdated because two decades have passed, the officials said.

But the new charges also are outdated and the judges are not being impartial, Fakhoury’s lawyer said.

“If they simply apply their own laws, he shouldn’t be charged with anything,” Atallah said.

The charges by the investigative judge were separate from a lawsuit against Fakhoury filed by former inmates at Khiam Prison. He’s being questioned in that case about alleged human rights abuses. The questioning was supposed to take place on Monday, but was postponed until Feb. 17 because Fakhoury is undergoing chemotherapy.

Fakhoury’s family said doctors have said his condition is life-threatening. In addition to an infection and a bleeding disorder, doctors believe he’s developed an aggressive form of lymphoma.

“I just call more on the U.S. to interfere and stop this injustice,” his daughter, Guila Fakhoury, said Tuesday.

A State Department spokesperson said the U.S. Embassy in Beirut continues to monitor Fakhoury’s case, and most recently visited him on Jan. 30.

“We are concerned about his welfare, as doctors report his health is failing and he requires urgent specialized medical treatment. We have raised these concerns at all appropriate levels with the Lebanese government,” the spokesperson said in a statement.

Hundreds of former Lebanese members of the SLA militia had fled to Israel, fearing reprisals if they remained in Lebanon. Others stayed and faced trial, receiving lenient sentences. Fakhoury’s lawyer and family say he fled Lebanon in 2001 through Israel and eventually to the U.S.

Image: In this May 2019 file photo provided by Guila Fakhoury, her father Amer Fakhoury, second right, gathers with family members at the University of New Hampshire in Durham, N.H. Lebanese Judicial officials said Tuesday, Feb. 4, 2020, that a military investigative judge has charged Amer Fakhoury, a Lebanese-American, with murder and torture of Lebanese citizens (Guila Fakhoury via AP, File)

Pompeo angry over death of US citizen jailed in Egypt