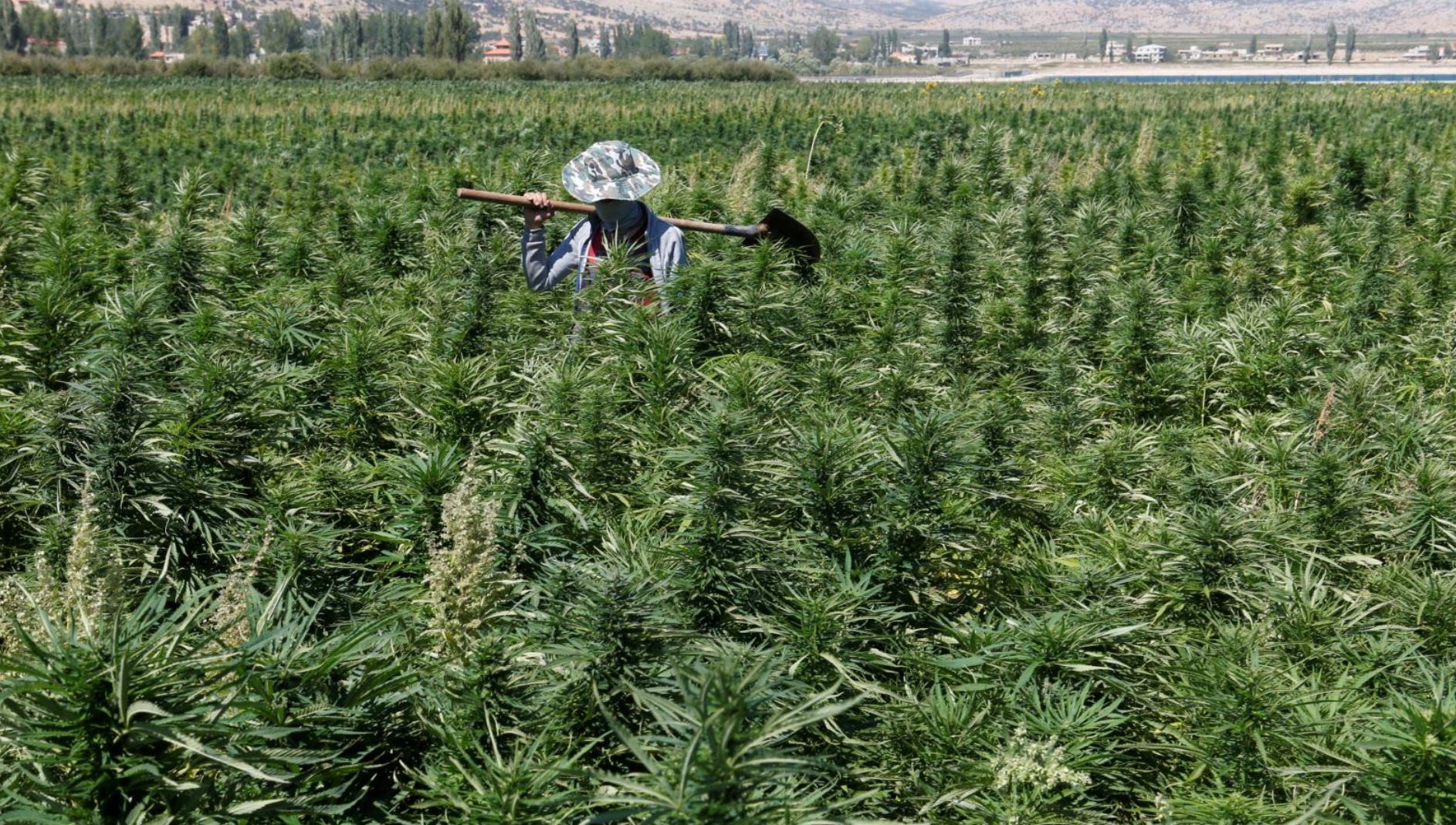 BEKAA, Lebanon (Reuters) – The contrast between the vibrant green of a cannabis field and the arid land nearby in Lebanon’s Bekaa valley has for years raised a dilemma for the area’s impoverished farmers.

Cannabis is hardier, less thirsty and cheaper to grow than the region’s other main crops like apples and potatoes, but it is also illegal – for now.

Parliament will consider legalizing its growth for medicinal use, the speaker said last month, but in the Bekaa, some people are unconvinced there will be a meaningful change.

“It is like giving a dog a bone because people are hungry and can’t bear it any more,” said cannabis farmer Abu Mohammad, 52.

“But whether they legalize it or not, the most important thing is to give an amnesty,” he said, echoing a common complaint in the region. Farmers faced prison terms of five years, he said.

Talal Shreif, mayor of the town of Yammouneh in the northern Bekaa, said that about 35,000 people in the region were being sought by the police for cannabis farming.

What angers some people in the Bekaa is a feeling that they have little choice but to grow an illegal crop.

Abu Abdo, 40, a resident of the nearby town of Brital who spent years in prison for a cannabis offence said it was high local unemployment that pushed farmers to grow a few square kilometers of the narcotic.

“They bring some money in now, but it is not a solution. People are poor,” he said.

The mayor, Shreif, raised the possibility that if legalized cannabis farming might be regulated in the same way as tobacco, with the government buying the crop at a set price.

Around his town, Yammouneh, there are about 1,500 square km of land used for cannabis farming, owned by about 150 local people who employ hundreds of casual Syrian laborers, he said.

For now, there is little likelihood of a rapid move towards legalization. Nearly four months after a general election, Lebanon’s political parties are still squabbling over the formation of a new coalition government.

But in Bar Elias, a nearby town, farmers say they are struggling. One farmer, Khaled Araji, said his recent crop of vegetables had suffered catastrophically from drought. The river that watered it has gone dry. “Not even a bird can drink from it,” he said.

He said he would grow cannabis instead if the government allowed it.

“The farmers here don’t want to be rich. They just want to be able to live through the winter and afford the school fees for their children.”

Denying it has lost war on drugs, UK rules out legalizing cannabis