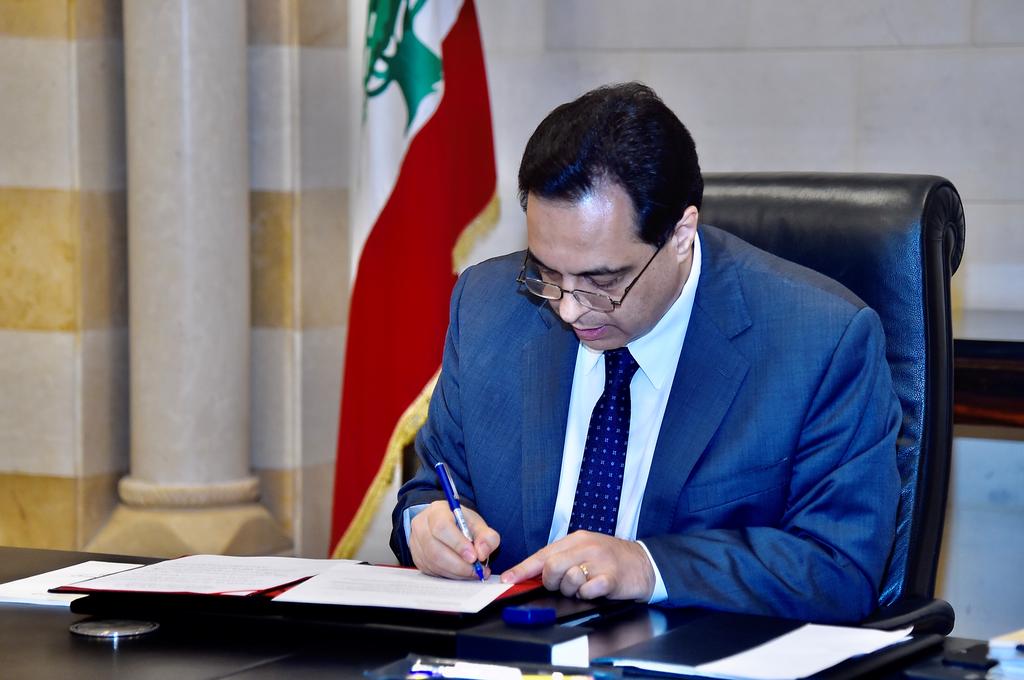 BEIRUT/LONDON (Reuters) – An economic rescue plan that will form the basis of Lebanon’s talks with the International Monetary Fund (IMF) was panned by banks on Friday as one that would “further destroy confidence” in the country.

The comments, which could hold sway with the IMF given banks are among the largest holders of Lebanon’s debt, coincided with Beirut signing a request for assistance from the Fund on Friday in what Prime Minister Hassan Diab described as “a historic moment in the history of Lebanon”.

The rescue plan, approved by Diab’s government on Thursday, sets out tens of billions of dollars in financial sector losses and tough measures to claw out of a crisis that has seen the currency crash, unemployment soar, Lebanon default on its sovereign debt and street protests.

Some economists and diplomats welcomed the plan as a critical first step to recovery, but they were skeptical that ambitious reforms to cut public sector spending and overhaul the banking sector could be enacted after years of feet dragging.

“This means the onset of serious negotiations with the IMF so this is very important and good news because it removes a lot of uncertainty. Having said that, the issue in Lebanon has always been one of execution,” former economy minister Nasser Saidi said of the 53-page plan.

Lebanon’s banking association said it could in “no way” endorse a plan it was not consulted on despite being “a key part of any solution”.

The association called on members of parliament to reject it in part for infringing on private property rights. The plan does not require the parliament to pass it.

“As laid out in the Plan, the domestic (bank) restructuring will further destroy confidence in Lebanon both domestically and internationally … (and) is likely to deter investment in the economy thereby hindering any recovery prospects,” the association’s statement said.

A central plank of the plan rests on covering financial sector losses of roughly $70 billion in part by a bank shareholder bail-in that would wipe out their capital and cash from large depositors that would be restored later.

The banking association called revenue and expenditure measures “vague” and not backed by a precise timeline, and said the plan did not address inflationary pressures that could lead to hyperinflation.

A source close to the banking sector said the IMF was likely to consult the banks on the rescue plan before moving forward. The source said the association was planning to present a plan of its own to the government in one to two weeks.

The government is hoping that with an IMF programme in hand, foreign donors will release about $11 billion pledged at a Paris conference in 2018 which was tied to long-stalled reforms.

The rescue plan, which calls for an additional $10 billion in external support over five years, also forms the backbone of talks with foreign bondholders that have yet to start after Beirut defaulted on $31 billion in Eurobonds in March.

“In large part its a big PR move for the government as there was a feeling that the government was starting to lose control of the narrative. This plan shows they’re really trying to work towards something,” said Nafez Zouk, emerging markets strategist at Oxford Economics.

A rapid slide in the Lebanese pound, which has lost more than half its value since October, has led to renewed violence over the past week, with a demonstrator killed in riots targeting banks that have frozen savers out of U.S. dollar deposits.

“Implementation is the hard bit, and Lebanon has consistently failed on this. Progress will only be possible with that, on the basis of greater political and public consensus,” a Western diplomat told Reuters.

With measures such as recovering stolen assets abroad, the plan could take years to return funds to depositors while some economists say it places too heavy a burden on a banking sector that has helped finance decades of large state budget deficits.

“This is basically a takeover of the banking sector by the state. I don’t understand how this will restore confidence,” said Nassib Ghobril, chief economist at Byblos Bank. “When you go this way, where is lending going to come from?” Ghobril asked.

Image: Lebanon’s Prime Minister Hassan Diab signs a request for assistance from the International Monetary Fund at the government palace in Beirut, Lebanon May 1, 2020. Dalati Nohra/Handout via REUTERS