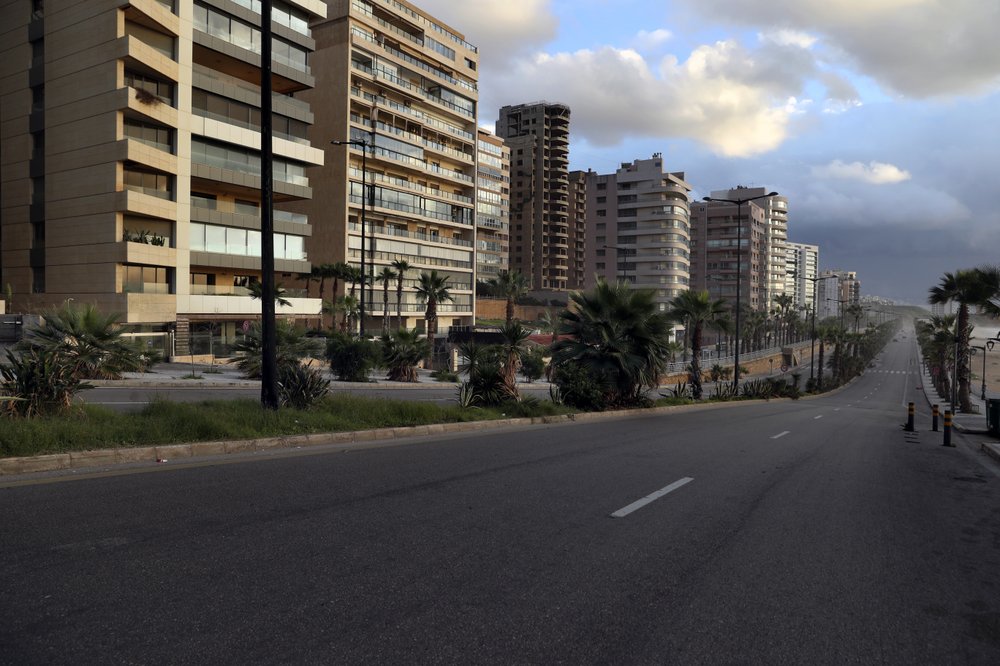 BEIRUT (AP) — Authorities in Lebanon on Thursday extended a nationwide lockdown by a week to February 8 amid a steep rise in coronavirus deaths and infections that has overwhelmed the health care system.

Despite increasing the number of hospital beds in the country of nearly six million, doctors and nurses have struggled to keep pace with patients flooding their facilities. Intensive care unit bed occupancy has been rising, hitting 91 percent late Wednesday, according to the World Health Organization.

Registered daily infections have hovered around 5,000 since the holiday season, up from nearly 1,000 in November. The death toll has surpassed 2,000 with new deaths of between 40 and 60 a day in the past week.

Doctors say with increased testing, the number of confirmed infections has also increased, recording a positivity rate of over 20 percent for every 100 tests. Nurses and doctors are overwhelmed, and more than 2,300 health care workers have been infected since February.

Lebanon has yet to carry out any vaccinations. The government finalized a deal with Pfizer last week for vaccines that will arrive in early February. The World Bank said Thursday it approved $34 million to help pay for vaccines for Lebanon that will inoculate over two million people.

The steep rise in infections and deaths comes despite the strict lockdown in place since January 14. On Thursday, the government decided to extend that lockdown, which was due to expire February 1, by a week.

The government vowed to re-examine some exemptions amid an outcry from industrialists and businessmen about the impact of closures on the economy.

The health committee consulting with the government on the national plan had recommended a two-week extension of the lockdown.

“Lifting or easing the lockdown at this time will surely lead to a collapse of the health system and result in more deaths. This is unacceptable and unconscionable,” tweeted Dr. Firass Abiad, head of the public hospital leading the fight against the pandemic.

Before the pandemic hit last year, Lebanon was already experiencing a crippling economic and financial crisis that had sparked protests, bank closures and restrictions on capital movement amid a deep foreign currency crunch.

The crisis, coupled with coronavirus restrictions, has sent nearly half of the population into poverty, increased unemployment and forced many businesses to shut or leave the country.

During the holidays, the government eased some restrictions in place hoping to give the economy a boost. Many blame that brief relaxation of measures for the steep rise in infections.

IMAGE: A street is almost empty of cars during an 11-day nationwide shutdown aimed at curbing the spread of the coronavirus, in Beirut, Lebanon, Friday, January 15, 2021. Lebanon’s parliament has approved a draft law to allow the importing of vaccines into the tiny country to fight the spread of coronavirus. (AP Photo/Bilal Hussein)