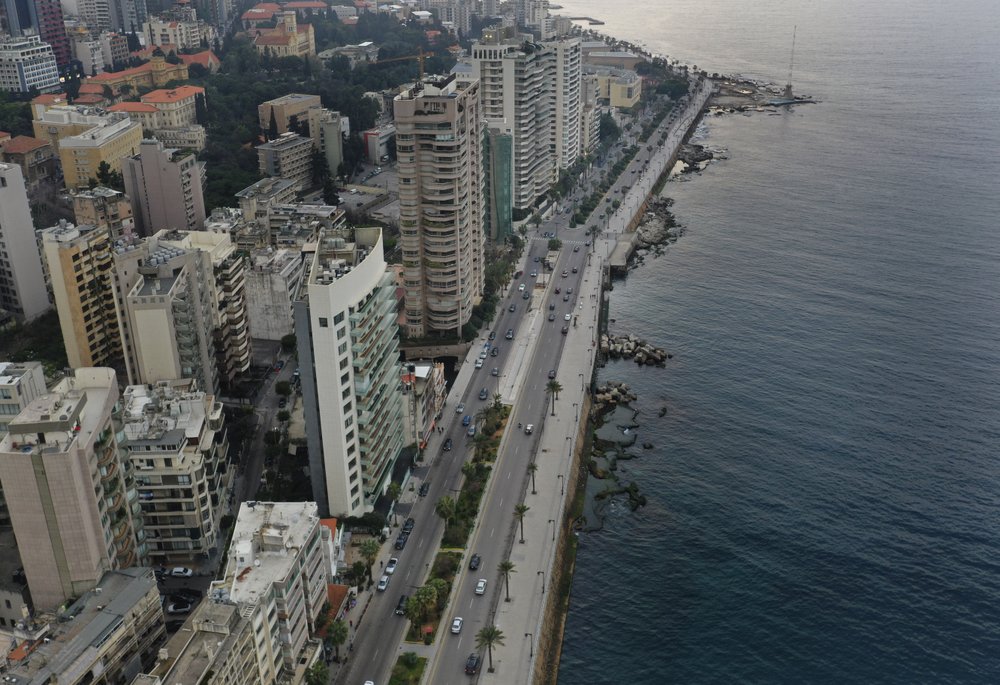 BEIRUT (AP) — Lebanon went into lockdown and Iraqis prepared for a curfew Monday as part of regional efforts to contain the new coronavirus even as businesses remained open in Iran, which is battling the worst outbreak in the Middle East and where another senior official has died from the virus.

The divergent approaches adopted by local authorities reflect continued uncertainty over how to slow the spread of a virus that has infected around 170,000 people worldwide and caused more than 6,500 deaths.

Most people experience only mild or moderate symptoms, such as fever and cough, and recover within weeks. But the virus is highly contagious and can be spread by people with no visible symptoms. For some, especially older adults and people with existing health problems, it can cause more severe illness, including pneumonia.

Panic broke out in Iraq after authorities announced a weeklong curfew late on Sunday. People raced to supermarkets and swiftly emptied shelves, while others stocked up on kerosene and cooking gas. The curfew, which is set to begin late Tuesday, includes the suspension of all flights from Baghdad’s international airport.

In Lebanon, where the government ordered a lockdown starting Sunday night, traffic was thin and in some cases streets were completely empty on Monday, the start of the working week. Restaurants, cafes and bars have been closed since last week and most private businesses were also shuttered Monday.

In some areas, police were going around and asking shop owners to close in line with the government orders. Few people could be seen at Lebanon’s seaside corniche, and police were asking them to leave. Pharmacies, bakeries and other businesses related to making or selling food were allowed to stay open. The small country has reported 99 cases and three deaths from the new coronavirus.

Hamra Street, the Lebanese capital’s most famous shopping street and a residential district, was eerily quiet as shops, restaurants and cafes along the usually bustling thoroughfare were closed.

Both Iraq and Lebanon have been largely in disarray since anti-government protests broke out last year, and Lebanon was mired in its worst financial crisis in years even before the pandemic began.

One of the worst outbreaks in the world has unfolded in Iran, which has close ties to both Iraq and Lebanon. Authorities there have reported 14,000 confirmed cases and more than 700 deaths, with the toll rising by more than 100 in the last 24 hours. The real numbers may be even higher, as some have questioned the government’s reporting.

Authorities have not ordered businesses to close, however, and many Iranians have dismissed fears about the virus and advice from public health officials to avoid social contact. Restaurants and cafes have remained open, though business has diminished.

A member of the Assembly of Experts, which has the power to appoint or dismiss the country’s supreme leader, died from the COVID-19 illness caused by the virus, the semi-official Fars and Tasnim news agencies reported Monday.

Ayatollah Hashem Bathaei, 78, is the latest of several senior Iranian officials to have died from the virus. Cabinet ministers, members of parliament, Revolutionary Guard members and Health Ministry officials have caught the virus, compounding fears about Iran’s response to the global pandemic.

Supreme Leader Ayatollah Ali Khamenei, who is 80 years old and has been in power since 1989, wore disposable gloves at a recent public event, apparently as a precaution.

The official leading Iran’s response to the virus on Sunday expressed concerns that health facilities could be overwhelmed if the rate of new cases continues to climb.

“If the trend continues, there will not be enough capacity,” Ali Reza Zali, who is leading the campaign against the outbreak, was quoted as saying by the state-run IRNA news agency.

Iran is believed to have around 110,000 hospital beds, including 30,000 in the capital, Tehran. Authorities have pledged to set up mobile clinics as needed.

Elsewhere in the region, the number of infections has continued to climb even as authorities have imposed strict travel and quarantine measures.

Mideast stock markets also tumbled Monday, with the Dubai Financial Market closing down 6.14% and the Abu Dhabi Securities Exchange down 7.83%. Both have closed their trading floors over fears about the virus.

Israel on Monday said its total number of infections had climbed to 250, more than double what it was just a few days ago. Authorities have closed all malls, restaurants, cinemas, gyms and day care centers, and have urged anyone who can work from home to do so.

Israel’s Yad Vashem Holocaust memorial announced Monday that its annual Holocaust Remembrance Day ceremony would be held this year without an audience. The ceremony typically draws the country’s top leadership, foreign dignitaries and elderly Holocaust survivors. This year’s ceremony was scheduled to take place on April 20.

Later on Monday, Israel will swear in its new Knesset, or parliament, after elections earlier this month. The 120 members will take the oath of office in groups of three, in keeping with bans on large gatherings.

Pakistan reported a surge of 41 new cases in its Sindh province, which borders Iran. That brought its total number of infections to 94. Authorities there have closed schools and universities, and postponed an annual military parade planned for March 23.

In Dubai, a major global business and travel hub, authorities announced all bars and pubs would be closed through the end of the month. Community pools across Dubai were locked on Monday, closed by developers for the same period.

The Persian Gulf island nation of Bahrain, meanwhile, reported its first death from the virus. It has reported 221 confirmed cases.

Image: Beirut’s waterfront promenade, along the Mediterranean Sea, is mostly empty after municipal policemen ordered people to leave, as the country’s top security council and the government were meeting over the spread of the new coronavirus, in Beirut, Lebanon, in Beirut, Lebanon, Sunday, March 15, 2020 (AP Photo/Hussein Malla)

Churches in Egypt suspend activities to slow spread of coronavirus