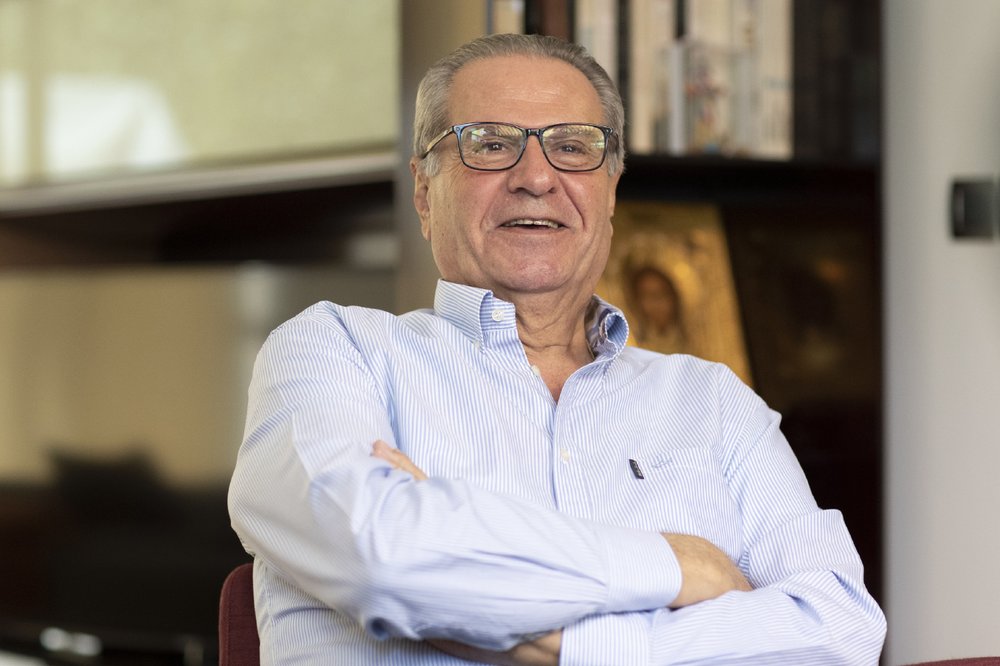 BEIRUT (AP) — Lebanon’s private sector is stepping in to speed up the vaccination campaign against coronavirus by importing at least one million doses of Russian vaccines, with the aim of reopening businesses around the country hit by an unprecedented economic crisis.

The first batch of 50,000 doses of Sputnik V vaccines arrived early Friday, making Lebanon one of few nations where the COVID-19 vaccine rollout is being boosted by private sector initiatives.

Lebanon, a small nation of six million people including around one million Syrian refugees, began its inoculation campaign in mid-February after finalizing a deal for some two million doses with Pfizer.

According to Lebanese Health Ministry, the country has so far received 224,640 Pfizer-BioNTech doses over the past six weeks with nearly 100,000 doses already administered. Lebanon’s government also began receiving AstraZeneca vaccines this week, with 33,600 doses that arrived on Wednesday.

The Pfizer vaccines are funded by the World Bank while AstraZeneca vaccines will be provided under the UN-backed COVAX program.

Lebanon is currently in the grips of the worst economic and financial crisis in its modern history, which has been exacerbated by the lockdown measures related to the pandemic. Tens of thousands have lost their jobs and the local currency has lost 90 percent of its value against the dollar, leading to inflation and shortages in food products and medicines.

According to the World Bank, more than half the population is now living under the poverty line.

Jacques Sarraf, a Lebanese businessman and head of the Lebanese Russian Business Council, said he hoped the import of the Russian vaccines would help safely reopen businesses around the country.

“Our first target will be private companies, factories, banks — and this is important to reactivate institutions,” he told The Associated Press in an interview.

Sarraf, who played a major role in bringing the Sputnik V vaccines to Lebanon, said priority will be given for employees at companies and business institutions, including those of Lebanon’s national carrier Middle East Airlines and the Banking Association. He added that with the private sector moving in, the numbers of people inoculated daily will multiply by more than three times compared with the current pace.

Sarraf said the Sputnik V will be sold at a price of $38 for the required two doses, in addition to hospital fees. The minimum monthly salary in Lebanon is currently 675,000 Lebanese pounds, the equivalent of about $60.

Sarraf said Lebanon will be receiving between 100,000-200,000 doses every three weeks until the one million is reached.

Some businessmen and politicians have already expressed readiness to pay for people in their electoral districts to get vaccinated.

Assem Araji who heads the parliament health committee, said so far only around 950,000 people in Lebanon have registered to take the vaccines, or about 20 percent of the population.

“The vibrant private sector in Lebanon will make a difference,” he told the AP. “This will speed up the inoculation process and will reduce pressure on the public sector.”

He said Lebanon needs about 10 million vaccines and most of them have been secured, adding that the numbers will start increasing dramatically over the coming weeks with the arrival of Sputnik V and AstraZeneca vaccines.

Lebanon has so far recorded nearly 452,281 infections since the first coronavirus case was recorded in February last year, with 5,964 deaths.

IMAGE: Jacque Sarraf, head of the Lebanese Russian Business Council, and owner of a private pharmaceutical company speaks during an interview with The Associated Press at his home, in the northern Beirut suburb of Rabieh, Lebanon, Sunday, March 21, 2021.  (AP Photo/Hassan Ammar)