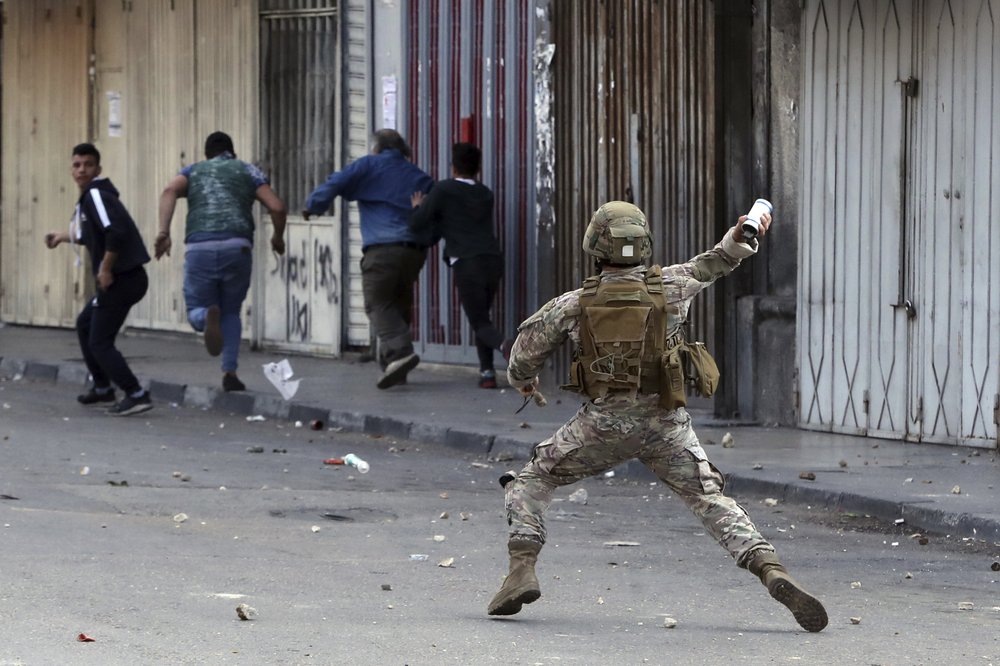 BEIRUT (AP) — Lebanon’s government on Thursday endorsed a long-awaited economic rescue plan meant to address a spiraling financial crisis and nationwide protests amid a currency collapse and a surge in prices.

Prime Minister Hassan Diab’s Cabinet unanimously adopted the plan at a meeting in Baabda Palace and he was expected to lay out its details in a televised address to the nation later in the day.

“Today is a historic day for Lebanon, because for the first time it endorses an economic-financial plan, after lack of planning and the lack of prospects for the future that almost brought the country to ruin,” President Michel Aoun said at the beginning of the Cabinet meeting.

The plan was finalized following several days of violent confrontations between protesters and Lebanese security forces that saw dozens of angry youth vandalizing local banks in the northern city of Tripoli and the southern port city of Sidon. The violence left one protester dead and several injured on both sides in some of the most serious anti-government rioting triggered by the economic crisis amid a weeks-long coronavirus lockdown.

Lebanese politicians have traded blame over who is responsible for the crisis, the worst since Lebanon’s 15-year civil war ended in 1990.

International donors have long demanded that Lebanon institute major economic changes and anti-corruption measures to unlock US$11 billion in pledges made in 2018. But the country’s economic crisis deepened and the cash-strapped government announced in March it is defaulting on its sovereign debt for the first time.

Most are now looking to the International Monetary Fund, hoping the economic rescue plan opens the door for talks of financial assistance. So far the IMF has only offered Lebanon technical assistance and the government has not formally sought financial support.

Panic and anger gripped the public as they watched the national currency, the Lebanese pound, which has been pegged to the dollar for almost three decades, plummet, losing more than 60 percent of its value in recent weeks. Public debt has soared while the economy contracted and foreign inflows dried up in the already heavily indebted country that relies on imports for most of its basic goods.

The tiny Mediterranean country of about five million people is one the most indebted in the world, with the national debt forming nearly 170 percent of the GDP. Nationwide protests broke out in October against the country’s political class because of widespread corruption and mismanagement of resources.

Leaks on the economic plan to Lebanese media suggest the country needs $80 billion in funds to get out of the crisis, including $10 to $15 billion in external financing in the next five years.

Diab’s government came to office in January after his predecessor, Saad Hariri, stepped down in the face of mass protests. But the new Cabinet quickly became embroiled in a nationwide health crisis over the novel cornavirus, a crisis that deepened the country’s economic recession.

Image: A Lebanese army soldier throws a tear gas canister towards anti-government protesters in the northern city of Tripoli, Lebanon, Tuesday, April 28, 2020. Hundreds took part in the funeral of a young man killed in riots overnight in Tripoli that were triggered by the crash of Lebanon’s national currency that sent food prices soaring. (AP Photo/Bilal Hussein)