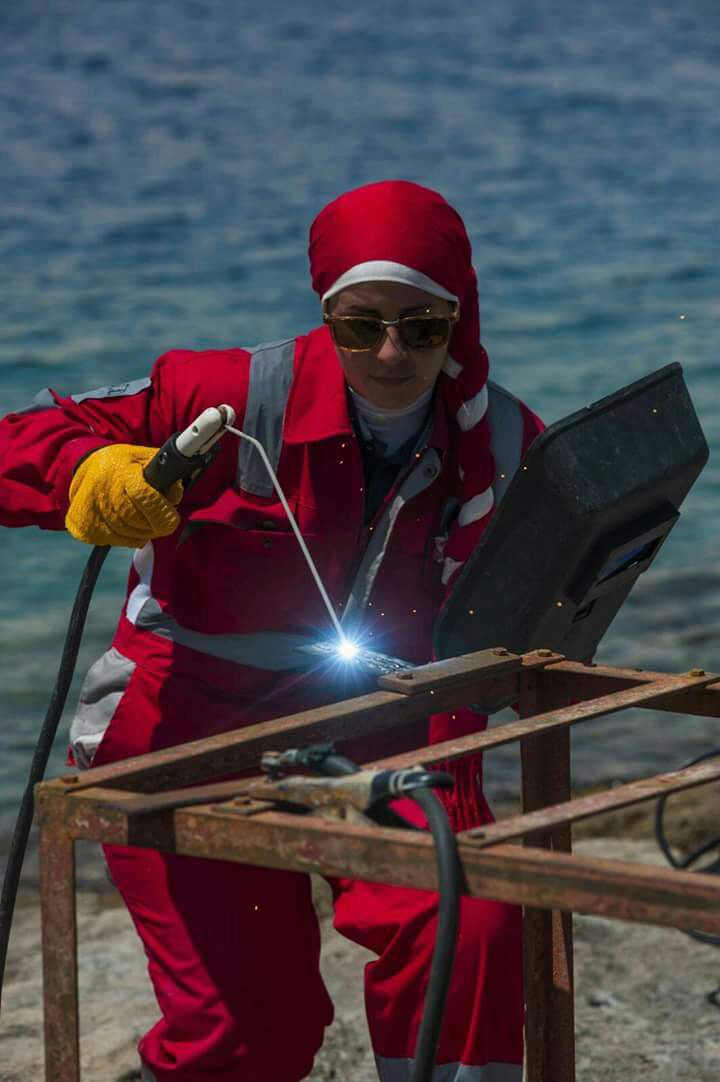 Do you remember the story of the Little Mermaid? How Ariel used to spend all her time under water and we all thought it was so cool?

Well. Get ready because we found her. But she isn’t a damsel in distress like Ariel, she is a strong career women, who’s making Egypt proud. Bassant El-Bestawy might seem to you like a normal 25-year-old but while most girls would be doctors or businesswomen, Bestawyis one of the only five female underwater welders in the Middle East.

“I’ve always been drawn to the sea,” Bestawytells Egypt Independent. “So when I decided to go into petroleum engineering I wanted to go into something that served both my career and my hobby. I wanted to be special.” So in 2014, Bestawy began her journey to become the only certified female underwater welder in the Middle East from the prestigious International Diving School Association (IDSA).

She began by choosing the right specialization, “I specialized in Petroleum Engineering, Materials department in 2014.” She then graduated and began to work with different companies. But what exactly does an underwater welder do?

Like any mermaid would do, Bestawy roamed the seas. “I worked in the Red Sea, the Mediterranean and the Suez Canal.” However, Bestawy reflects that her journey to becoming a professional underwater welder has not always been easy, “at the beginning you are overwhelmed with the new world you’re beginning to discover. It’s a new environment. But by practice you begin to know what to focus on. At first you just want to survive! Then, when you get more comfortable, the sense of curiosity takes over and you begin to explore.”

However, just like the little mermaid, while Bestawy is quite comfortable under sea, it’s land that she has trouble with, more specifically the Egyptian society. “At first, people kept telling me it’s hard and that I wouldn’t have the strength to continue. But I have a dream and I am strong-willed.”

Bestawy’s dream is to have her own underwater welding company. But until she does, Bestawy helps others discover their love for the sea: “For the past three years, next to my inspection work I have taught commercial diving in many different schools.”

Unfortunately though, Bestawy’s dream faces many hurdles as welders in Egypt are subjected to constant danger and neglect in Egypt. “Egypt has the strongest divers,” says Bestawy, “but the problem is that the government makes no effort to regulate the companies who hire us to weld for them. So, these companies usually abuse our need of money to pay us very little. Moreover, no law required them to provide us with any safety procedures. Worse, we do not have insurance.”

Egyptian divers have a syndicate that includes underwater welders. Despite that Bestawy says the Syndicate is quite useless, “it’s not even an official syndicate, and it solves non-of our problems.”

So, Bestawy simply asks for more government support. “Egypt has a lot of young people full of energy,” she says, “but with the lack of rights, these talents are wasted.”