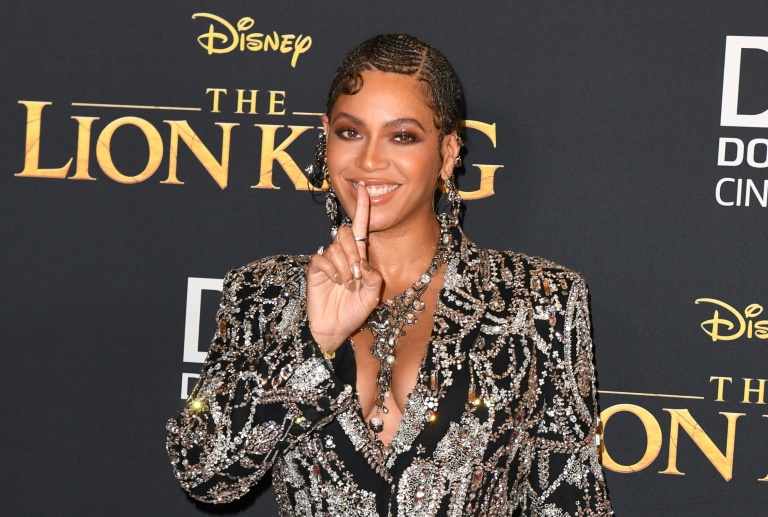 The Bey Hive was feeling the love Friday over Beyonce’s release of the album “The Lion King: The Gift,” which the pop queen dropped as a sister piece to her new film, a remake of the Disney classic.

Beyonce dubbed the 27-track album she curated and produced “a love letter to Africa,” enlisting several African artists as well as a host of stars including her husband Jay-Z, Kendrick Lamar, her co-star Donald Glover (who also performs as Childish Gambino) and Pharrell Williams — along with none other than Jay and Bey’s seven-year-old daughter Blue Ivy Carter — as collaborators.

“I wanted to be authentic to what is beautiful about music in Africa,” Beyonce, who voices Nala in “The Lion King,” told ABC’s “Good Morning America.”

“The Gift” is separate from the film’s official soundtrack which includes a rendition of Elton’s John’s iconic “Can You Feel the Love Tonight?” by Beyonce and Glover, who plays Simba in the film.

John himself also graced the film’s soundtrack, released 25 years after the original, with a new song entitled “Never Too Late.”

But it’s Beyonce’s “Gift” that has her legions of fans abuzz.

The album features Afrobeat-heavy songs interspersed with dialogue from the highly-anticipated film, which also was released on Friday and stars Seth Rogen as Pumbaa and Chiwetel Ejiofor as Scar.

In addition to pop royalty, Beyonce brought Nigerian musicians Tekno, Yemi Alade and Mr. Eazi on board for “The Gift,” along with Ghanaian reggae-dancehall artist Shatta Wale.

“I wanted to make sure we found the best talent from Africa, and not just use some of the sounds and did my interpretation of it,” Beyonce said on ABC.

In classic Beyonce fashion, the album skews toward the visual — what she calls “sonic cinema.”

“This is a new experience of storytelling,” she said in announcing the album.

“It is a mixture of genres and collaboration that isn’t one sound. It is influenced by everything from R&B, pop, hip hop and Afrobeat.”

“Your destiny is comin’ close / Stand up and fight,” she sings. “So go into a far off land / And be one with the great I Am.”

Pairing her powerful vocals with a visual feast, Beyonce makes about a dozen outfit changes in the video including both custom and couture looks, according to Vogue. The clip was partially filmed in Arizona’s remote Havasu Falls in the Grand Canyon.

It also includes the legendary “Lion King” scene where Simba and Nala lock eyes over a pool oasis, which the new film recreated from the original animated take.

“The soundscape is more than just the music because each song tells the story of the film,” Beyonce said.

Image: AFP/File / Robyn Beck US singer/songwriter Beyonce — seen here at the world premiere of Disney’s “The Lion King” in Hollywood — has dropped a new album she calls a “love letter” to Africa