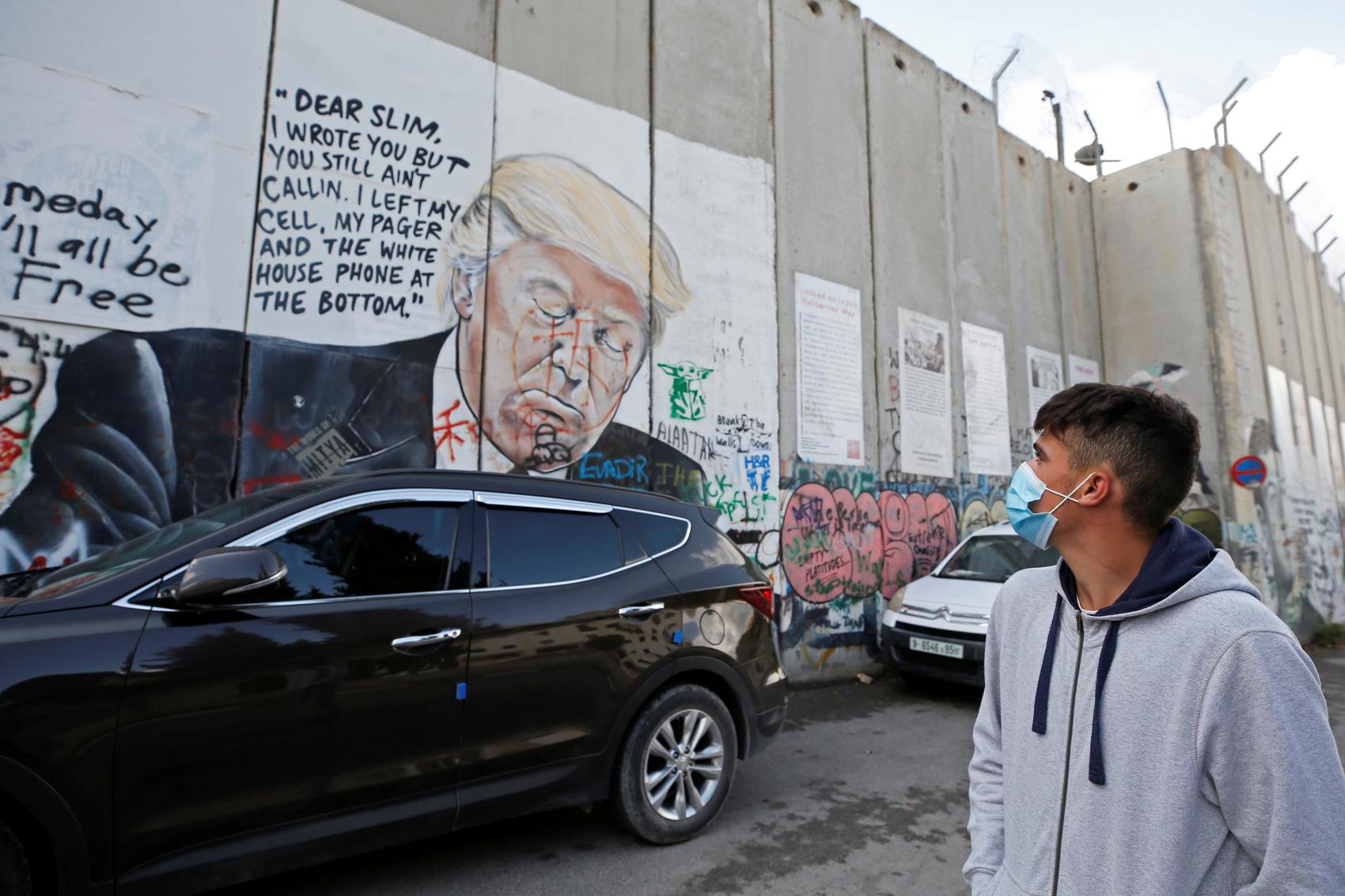 JERUSALEM (Reuters) – “God Bless You Donald and Melania” read the poster hanging over an Israeli highway during the US election campaign. In nearby Palestinian areas, anti-Trump graffiti adorned walls.

Perhaps nowhere outside his own country did President Donald Trump polarize opinion more than in Israel and the Palestinian Territories, where to many he was either hero or villain.

Israel treasures its ties with leaders of the United States, traditionally the country’s closest ally. But Trump and Israeli Prime Minister Benjamin Netanyahu had an especially close public relationship.

That bond meant Trump’s face was everywhere in Israel. His image even adorned Netanyahu’s own election posters and featured prominently on the Israeli premier’s Facebook page.

“Trump Heights” was the name given to a new settlement in the Israeli-occupied Golan Heights, after he recognized Israel’s claim to sovereignty over the plateau that was captured from Syria in a 1967 war.

Trump’s name also adorns the wall of the US Embassy he moved to Jerusalem in 2018.

Such decisions infuriated Palestinians, who claim east Jerusalem as a future capital and considered Trump’s backing for Israel as undermining their own goal of statehood. Palestinians had no political contacts with Trump for most of his presidency.

The animosity between Trump and the Palestinian leadership made him a target of protest art.

Huge Trump images – one of the US leader embracing an Israeli watchtower – have been painted on the Israeli military wall that cuts through the occupied West Bank, joining other acerbic political graffiti sprayed on by Palestinians.

“Dear Slim, I wrote you but you still ain’t calling,” wrote one graffiti artist, channeling US rapper Eminem, above a Trump portrait in Bethlehem. “I left my cell, my pager and the White House phone at the bottom.”