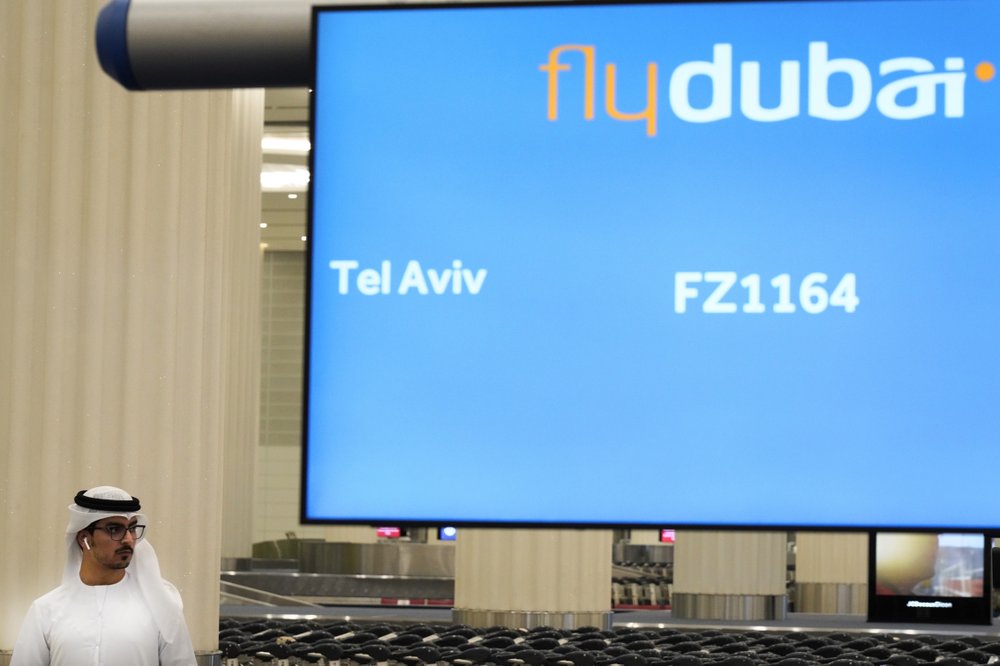 FlyDubai flight No. FZ1163 landed at Ben-Gurion International Airport at 11:38 am after a three hour, 20 minute flight. It received a water salute by the ground crew. Israeli Prime Minister Benjamin Netanyahu then met FlyDubai’s CEO Gaith al-Gaith, who was aboard the flight.

The return flight FZ1164, taking just over two and a half hours, arrived at Dubai International Airport at 6:37 pm. Israeli tourists waved their Israeli passports to journalists watching them arrive at baggage claim.

Israeli carrier El Al is scheduled to begin flights in December to Dubai, the skyscraper-studded tourist hub of the UAE, a federation of seven sheikhdoms including Abu Dhabi.

The UAE and Israel formalized their efforts to normalize relations in September at a White House event organized by President Donald Trump. The two countries had quiet relations prior, but in the time since, telephone calls now connect between the countries, tourists are starting to arrive and business delegations are seeking deals in both countries.

Largely left out of the accord are the Palestinians, who have a decades-long conflict with Israel in seeking their own independent state. The Palestinians largely have viewed the normalization efforts of the UAE, as well as Bahrain and Sudan, as a stab in the back from their fellow Arabs.

The Emiratis at the time of the deal described it as “halting the annexation” of West Bank land claimed by the Palestinians in exchange for Emirati recognition. Netanyahu, however, has insisted that Israel has only suspended its plans to annex West Bank settlements.