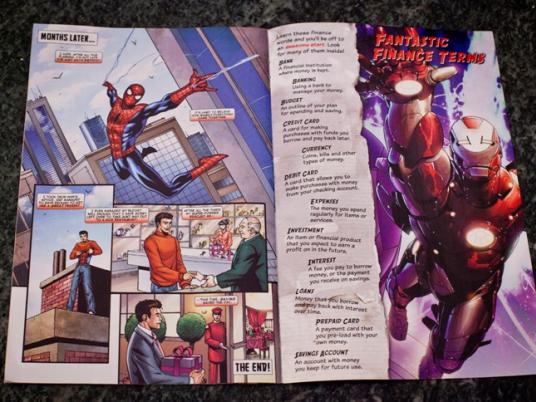 The comic book begins much as would be expected: Marvel comics’ the Avengers and Spiderman assemble to battle a villain intent on destroying humankind. But there’s a twist.