The Manchester suicide bomber who killed 22 people at a concert venue packed with children had recently returned from Libya, a British minister said, and her French counterpart said he had links with Islamic State and had probably visited Syria as well.

Interior minister Amber Rudd said Salman Abedi had likely not acted alone, and troops were being deployed to key sites across Britain to help prevent further attacks after the official threat level was raised to “critical”.

Rudd also scolded US officials for leaking details about the investigation into the Manchester attack before British authorities were prepared to go public.

British-born Abedi, 22, blew himself up on Monday night at the Manchester Arena indoor venue at the end of a concert by US pop singer Ariana Grande attended by thousands of children and teenagers.

His 22 victims included an eight-year-old girl, several teenage girls, a 28-year-old man and a Polish couple who had come to collect their daughters.

“It seems likely, possible, that he [Abedi] wasn’t doing this on his own,” Rudd said on BBC radio.

A source close to the investigation told Reuters that the focus was on whether Abedi had received help in putting together the bomb and on where it had been done.

The BBC reported that security services thought the bomb was too sophisticated for Abedi to have built by himself.

Asked about reports that Abedi had recently returned from Libya, Rudd said she believed that had now been confirmed. 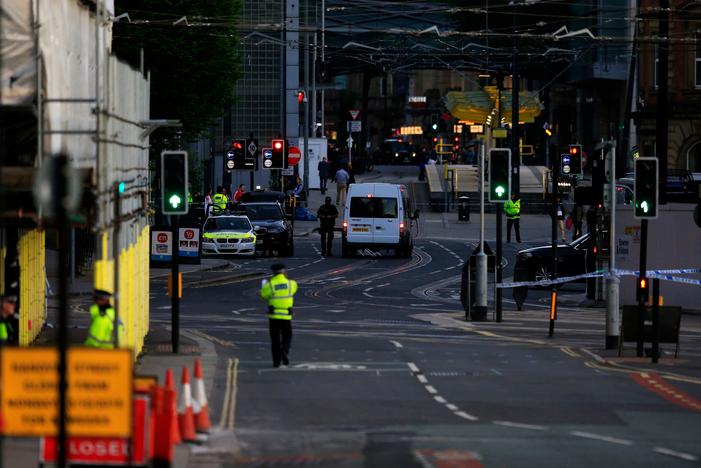 Asked if he believed Abedi had the support of a network, Collomb said: “That is not known yet, but perhaps. In any case, [he had] links with Daesh [Islamic State] that are proven.”

Police made three new arrests in South Manchester on Wednesday in connection with the bombing. They provided no details on those held. A man reported to be Abedi’s brother had been arrested on Tuesday.

Police also said that they had searched an address in central Manchester as part of the investigation and had briefly closed a railway line in order to do so safely but that it had now been re-opened.

Rudd said up to 3,800 soldiers could be deployed on Britain’s streets, taking on guard duties to free up police to focus on patrols and investigation. An initial deployment of 984 had been ordered, first of all in London and then elsewhere. 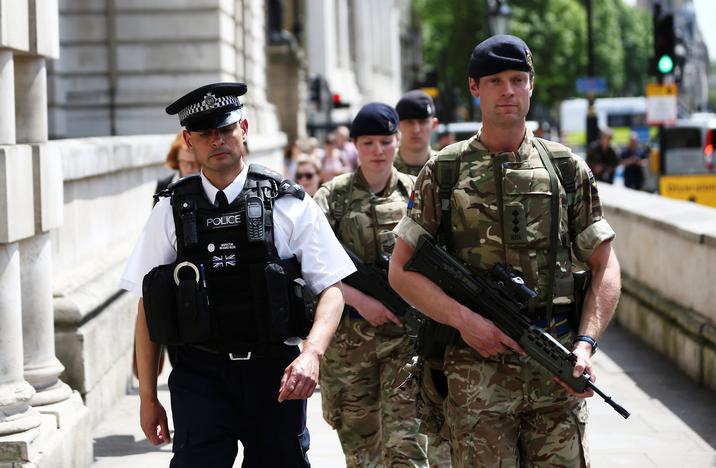 Soldiers walk with a police officer on Whitehall in London

The Changing of the Guard ceremony at Buckingham Palace, a draw for tourists, was canceled because it requires support from police officers, which authorities decided was not a good use of police resources given the threat level.

Chelsea soccer club said it had canceled a victory parade that had been scheduled to take place in London on Sunday to celebrate its Premier League title.

Several high-profile sporting events are coming up in Britain, including the soccer FA Cup final at London’s Wembley Stadium and the English rugby club competition final at Twickenham on Saturday and the UEFA Champions League final at Cardiff’s Millennium Stadium on June 3.

Britain also has a national election scheduled for June 8. All campaigning was suspended after the attack, although the UK Independence Party said it would resume its campaign activities on Thursday. 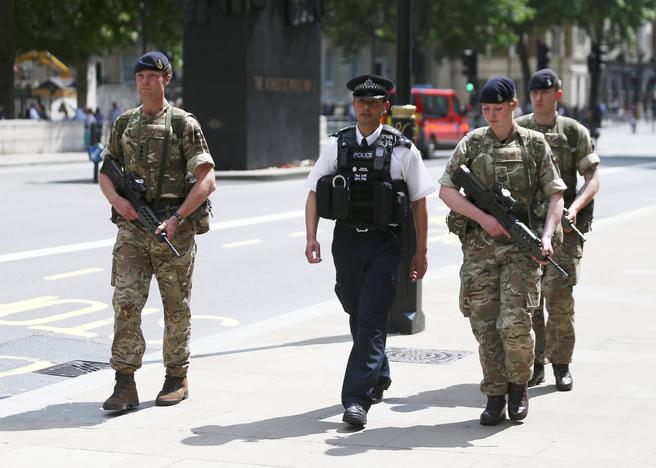 Soldiers walk with a police officer on Whitehall

Greater Manchester Police said they were now confident they knew the identity of all the people who lost their lives and had made contact with all the families. They said they would formally name the victims after forensic post-mortems, which would take four or five days.

The bombing also left 64 people wounded, of whom 20 were receiving critical care for highly traumatic injuries to major organs and to limbs, a health official said.

May announced late on Tuesday that the official threat level had been raised to its highest level for the first time in a decade, meaning an attack could be imminent.

Rudd was asked by the BBC about the fact that information about Abedi, including his name, had come out from the United States.

“The British police have been very clear that they want to control the flow of information in order to protect operational integrity, the element of surprise, so it is irritating if it gets released from other sources, and I have been very clear with our friends that should not happen again.” 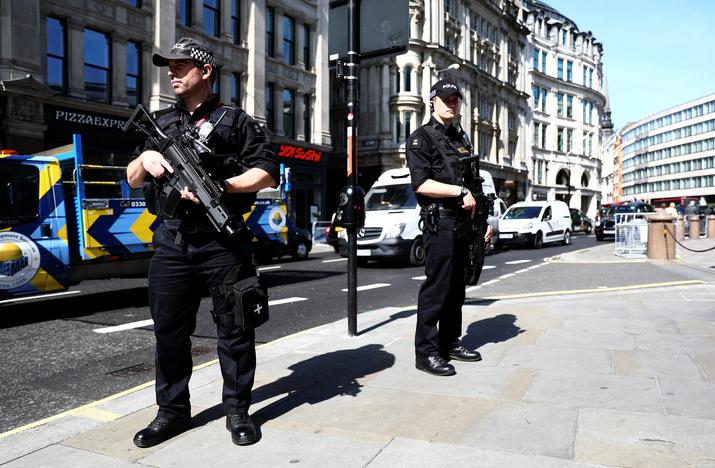 France, which has repeatedly been hit by devastating militant attacks since 2015, extended emergency powers.

The Manchester bombing was the deadliest attack in Britain since July 2005, when four British Muslim suicide bombers killed 52 people in coordinated attacks on London’s transport network. 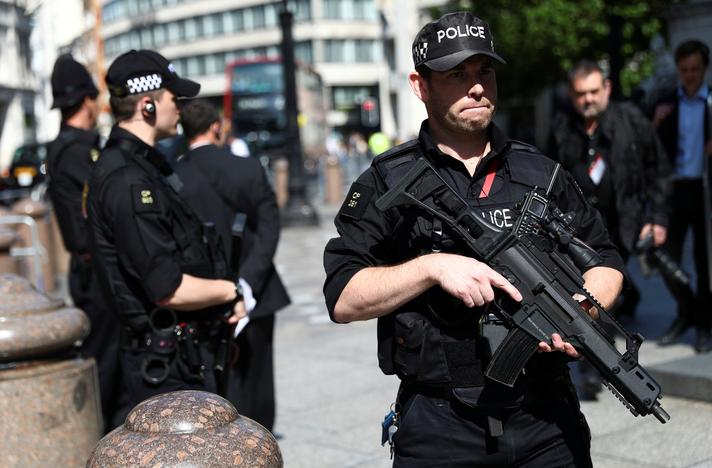 For a graphic showing where the blast hit, click: tmsnrt.rs/2rbQAay