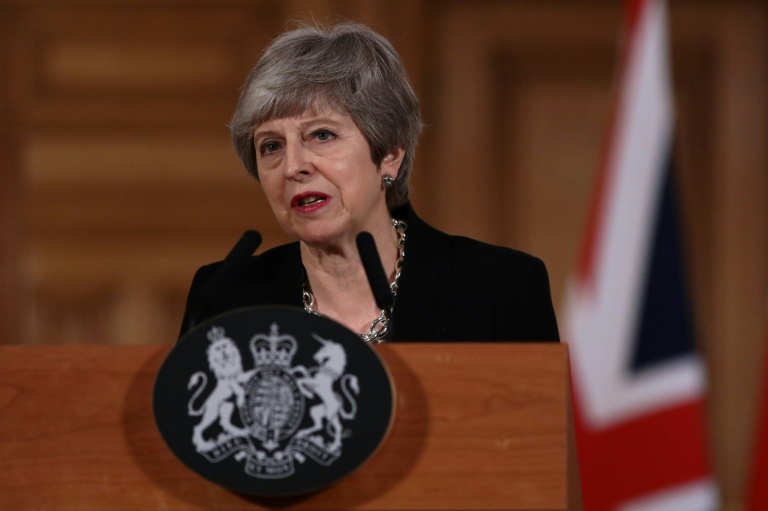 Prime Minister Theresa May was to meet on Wednesday with the leader of Britain’s main opposition party in a bid to thrash out a Brexit compromise just days before a deadline to leave the EU.

The British premier was to hold talks with Labor leader Jeremy Corbyn the day after announcing she would ask Brussels for another “short” delay to Brexit to avoid crashing out next week.

The move, which followed a long cabinet meeting on Tuesday, angered Brexit hardliners in her party as it opens the possibility of Britain aiming for closer economic ties with the European Union after leaving.

The Labor Party has consistently called for Britain to remain in a customs union with the EU while the government has so far ruled this out saying Britain should have an independent trade policy after Brexit.

A junior government member, Nigel Adams, resigned in protest on Wednesday, telling the prime minister in a letter that she was making “a grave error”.

“It is clear we will now end up in the customs union. This is not the Brexit my constituents were promised,” he wrote.

May and Corbyn were to face off at the weekly Prime Minister’s Questions in the House of Commons ahead of a likely meeting in parliament during the afternoon.

The EU’s response was expected to come Wednesday in the form of a speech by European Commission president Jean-Claude Juncker in Brussels.

‘Let us be patient’

May must come up with a viable plan to end Britain’s 46 years of EU membership ahead of a summit next Wednesday, when she will ask European leaders for another Brexit delay.

“Even if, after today, we don’t know what the end result will be, let us be patient,” he said on Twitter.

The country voted by 52 to 48 percent to leave the bloc in a divisive 2016 referendum.

However, the exit process has only exacerbated divisions among the public and politicians, including May’s cabinet.

MPs have rejected three times her divorce deal negotiated with the EU, but after seizing control of the process, have been unable to come up with their own plan.

On Wednesday cross-party lawmakers will try to rush a law through the House of Commons to prevent Britain leaving the bloc without a deal.

After previously opposing parliament’s attempts to find a majority for an alternative plan, May hinted Tuesday that she would now be willing to work with MPs.

The prime minister outlined that if her government and Labor agree on a plan, she would request a delay that was “as short as possible and which ends when we pass a deal” through parliament.

However if no agreement is found, she vowed to allow lawmakers to direct what she does.

May is hoping that under that scenario Britain could still leave with a deal before May 22, so it did not have to take part in European Parliament elections.

“The government stands ready to abide by the decision of the House,” she said.

“It’s undesirable but it is the remorseless logic of the numbers in the House of Commons,” Brexit Secretary Stephen Barclay told the BBC.

However, hardline eurosceptic Conservative MPs reacted furiously to the move.

“The process has now been taken control of entirely by people who backed Remain,” influential lawmaker Jacob Rees-Mogg also told the BBC.

“We should leave on April 12 without a deal.”