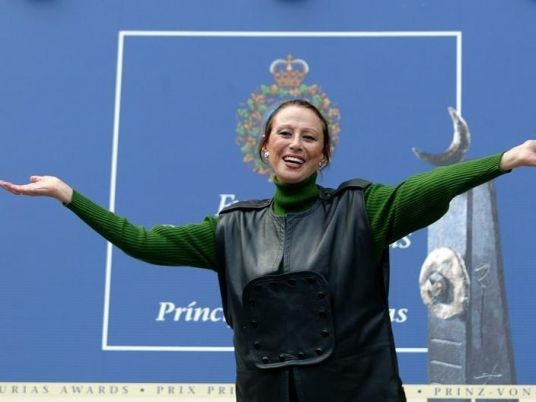 Maya Plisetskaya, a star of Russia's Bolshoi ballet who overcame a legacy of Stalinist oppression to redefine her art and be feted as the greatest ballerina of her generation, has died in Germany aged 89.
Plisetskaya died of a heart attack in Munich, Russian media reported on Saturday evening, citing the director of the Bolshoi theater Vladimir Urin. Her death was "a huge loss not only for Russian culture, but also for the whole world of ballet", he told RIA news agency.
Plisetskaya had lived since 1991 in Munich, where she moved with her husband, composer Rodion Shedrin, following the collapse of the Soviet Union.
In a career spanning six decades, she gained international fame for a fiery, emotional style that contrasted with the more demure performances traditionally expected of ballerinas.
Under Joseph Stalin her family were branded "enemies of the people", her father falling victim in 1938 to one of the regime's bloody purges while her mother was sentenced to several years in a labor camp.
Plisetskaya was also disadvantaged by growing up Jewish at a time in the late 1940s and early 1950s when the Soviet leader was gripped with paranoia about imaginary 'Zionist' plots.
"Endless suffering and humiliation fill my memory," she wrote in her 2001 autobiography.
"What drove her past all obstacles and hazards were her unbending determination and her refusal to do things any way but her own," dance critic Robert Gottlieb wrote in the Los Angeles Times in 2001.
Plisetskaya was born in Moscow in 1925, spending part of her childhood in a Russian mining colony run by her engineer father on the barren Norwegian Arctic island of Spitsbergen.
She appears to have inherited her artistic talents from her mother's side. Her mother Rachel Messerer-Plisetskaya was a silent movie star while an aunt and uncle both danced for the Bolshoi.
Studying at the famous Moscow ballet school from the age of nine, she first danced for the Bolshoi at 11, joining it permanently in 1943 and becoming its lead ballerina in 1960.
Fearing that she might defect to the West, Soviet authorities banned Plisetskaya from traveling abroad until 1959, when Nikita Khrushchev lifted the travel ban in response to her growing popularity.
Khrushchev, who had rehabilitated Plisetskaya's parents along with thousands of other victims of Stalin, described her as "not only as the best ballerina in the Soviet Union, but the best in the world".
She joined a celebrated 1959 Bolshoi tour of the United States and Canada, performing as Odette-Odile in Tchaikovsky's masterpiece "Swan Lake", her signature role and which she later said she prepared for by studying the movements of actual swans in the park.
Plisetskaya stayed with the Bolshoi until her retirement in 1990, directing and teaching as well as dancing.
President Vladimir Putin expressed "deep, sincere condolences" at her death, the Kremlin said, while Boris Akimov, a star of the 1960s and 1970s who danced with Plisetskaya, told news agency Tass: "She was a ballerina from God."