The Doctors Without Borders (MSF) charity group said Thursday that its rescue ship is running out of food supplies for 356 migrants.

The Norwegian-flagged Ocean Viking ship, which MSF operates with another aid group, SOS Mediterranee, has picked up several groups of migrants since it set sail in early August.

“Only five days of standard food rations left,” said MSF logistician onboard the Ocean Viking. “Our medical team is increasingly concerned about a rapid deterioration in the state of people’s mental health,” the group said on Twitter.

“356 survivors stranded for 13 days. Still no place of safety assigned,” it added.

The vessel has a crew of 31 and is equipped with a clinic and four high-speed rescue boats, with a capacity to take in up to 200 migrants, according to MSF.

The Ocean Viking has stranded between Malta and the Italian islands of Lampedusa and Sicily for more than two weeks.

Most of the migrants on the ship are reportedly from Sudan. They include more than 100 children — around 90 of them unaccompanied, MSF said. Three children are under the age of five, it added.

The ship, awaiting port access, has been denied entry by both Malta and Italy.

Matteo Salvini, Italy’s anti-migrant interior minister, tweeted earlier this month that the Ocean Viking should not try to dock in Italian shores.

The European Commission has urged EU member states to take in migrants aboard the Ocean Viking.

On Tuesday, Italy allowed over 80 migrants, who had been stranded on a Spanish migrant rescue vessel off the coast of Lampedusa, to disembark. Prosecutors said the decision was due to the “difficult” situation on board.

Salvini had been refusing the ship access to Lampedusa’s port. There were reports Tuesday of as many as 15 migrants jumping in desperation from the ship into the sea. Italian rescue workers are reported to have helped the migrants reach safety.

The Open Arms group had repeatedly asked Italian authorities for permission to bring the migrants ashore but met resistance due to Italy’s ban on private rescue ships. 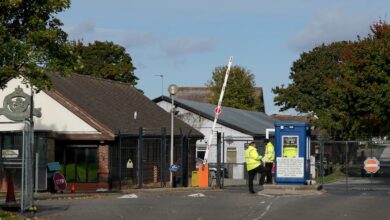 Migration is a human right: Minister