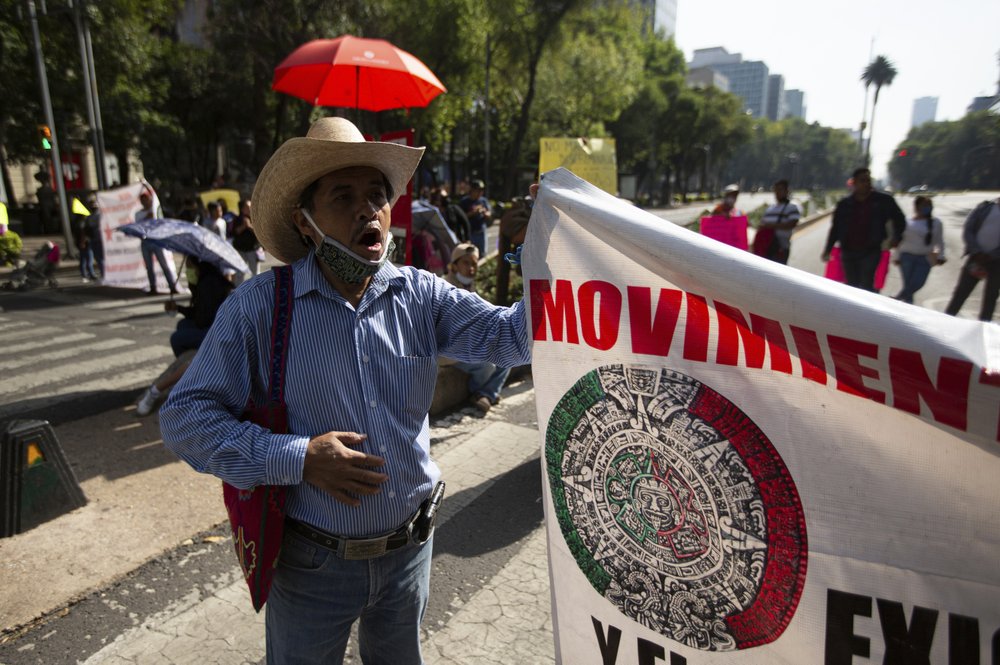 MEXICO CITY (AP) — Mexico City pledged Wednesday to start mass testing to reach 100,000 tests per month by July, while the federal government appeared to stick by its policy of administering very few tests during the coronavirus pandemic.

Mayor Claudia Sheinbaum said the capital will embark on a large-scale testing effort to detect and isolate new infections as quickly as possible as the centerpiece of its plan to reopen its economy. Testing will be paired with an intensive information campaign and an attempt at contact tracing.

The sprawling city of nine million people, with an equal number or more in the suburbs, has confirmed more than 32,000 infections and more than 3,200 deaths, both considered to be undercounts because of limited testing. With 100,000 tests per month, the city could be able to test one in every 14 residents by the end of the year.

While the capital has by far the most cases in Mexico, there are other hot spots. But the administration of President Andres Manuel López Obrador has refused to apply mass testing, saying it would be a waste of money and effort. Mexico has administered only about 370,000 tests since the pandemic began, in a country of over 125 million. That is about one test for every 335 inhabitants.

On Wednesday, federal Assistant Health Secretary Hugo López-Gatell lavished praise on the Mexico City plan, calling it “extremely relevant,” “promising” and “one of the most opportune efforts” taken to stem the spread of the coronavirus. But he announced no federal plans to adopt similar measures.

Nationwide, Mexico appears to be stuck on a plateau of relatively high infection and death rates. On Wednesday, the official death toll rose by 708 to 15,357 — one of the highest daily totals yet. The number of total confirmed cases rose by 4,883 to 129,184. Both are clearly undercounts, experts say.

The federal government has already begun reopening parts of the economy, and López-Gatell had been predicting for weeks that the pandemic in key areas of Mexico had peaked, or would do so in a matter of days.

“The predictions were overtaken” by waves of cases, López-Gatell said. “There is no declining pattern […] there is a plateau.”

Sheinbaum belongs to López Obrador’s Morena party, and both sides deny there is any kind of split over handling of the pandemic.

The mayor’s plan promises to obtain much more detailed information to track potential infections and their contacts. She also said that small digital meters to measure people’s blood oxygen levels would be distributed to at-risk people and pharmacies. López Obrador’s government has no similar efforts.

Image: Mexican artisans block Paseo de la Reforma as they protest in Mexico City, Wednesday, June 10, 2020. Hundreds of artisan families are asking for financial help, months after the city government closed their market, where they sold traditional clothing, art, and food, as part of the lockdown to curb the spread of COVID-19. (AP Photo/Fernando Llano)

In Mexican border cities, many fear virus is coming from US

WHO warns of pressure on Latin American health systems